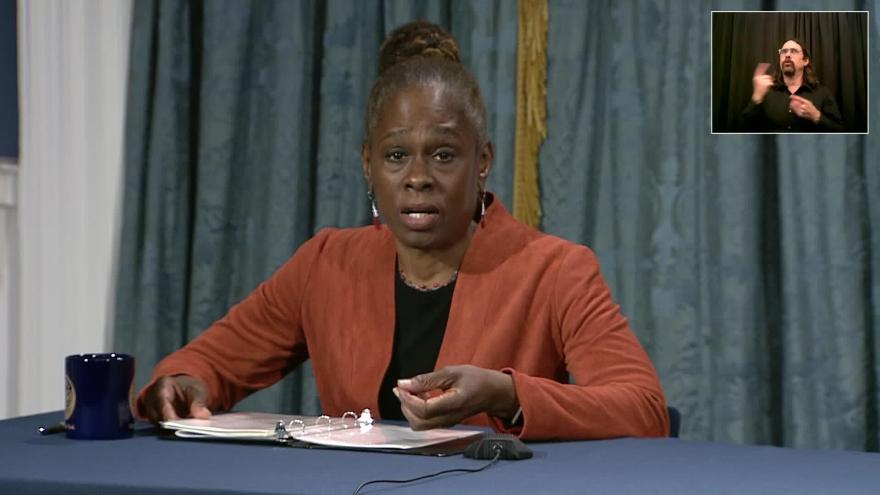 (CNN) -- New York City is creating new teams to respond to emergency mental health calls instead of police, as part of a pilot program that will launch next year.

The teams will consist of EMS health workers and mental health crisis workers that will be dispatched through the city's 911 system, officials announced on Tuesday. Police officers would be dispatched as backup in cases where a subject has a weapon or is threatening violence.

There were more than 170,000 mental health calls to the city's 911 call center last year -- an estimated one call every three minutes -- and the majority involved "people who just needed help," said Chirlane McCray, the city's first lady.

It is not clear how many of those calls would fall under the new program.

The mental health teams will be deployed in February in two high-need communities that have been hard hit by Covid-19. The communities were not identified.

Experts on both the mental health and policing sides viewed the program with guarded optimism.

Matt Kudish, executive director of the National Alliance on Mental Illness of New York City (NAMI-NYC), said the program sounds like a step in the right direction, but he would like to see a program that does not involve police at all.

Joseph L. Giacalone, a retired NYPD sergeant who now works as an adjunct professor at John Jay College of Criminal Justice, said it would be great if the program freed up officers to do other police work, but he's concerned that the EMTs and mental health professionals could be put at risk.

He said he'd responded to hundreds of these calls over his career and said they can "turn on a dime" and become violent.

"Those situations are the scariest to deal with in policing, as far as I'm concerned, because you never know what [they're] going to do," Giacalone said.

The president of the NYPD's largest union criticized the plan saying, "we need a complete overhaul of the rest of our mental health care system."

"Police officers know that we cannot single-handedly solve our city's mental health disaster, but this plan will not do that, either. It will undoubtedly put our already-overtaxed EMS colleagues in dangerous situations without police support," said Police Benevolent Association President Patrick J. Lynch.

Cities around the United States are implementing similar programs to reduce potentially deadly interactions between police and people in crisis. Police departments have been under increased scrutiny after the deaths of Black Americans at the hands of police.

New York's program is modeled after the CAHOOTS (Crisis Assistance Helping Out On The Streets) program that has operated since 1989 in Eugene, Oregon, a city of about 171,000 people.

Tens of thousands of NYPD officers have been retrained in crisis intervention to help them better recognize signs of emotional distress, and how to deescalate tense situations, she said.

"The NYPD looks forward to participating in this important pilot program. The participation of mental health professionals is a long awaited improvement in the city's initial response to people in crisis," said Police Commissioner Dermot Shea in a news release. "Our officers applaud the intervention by health professionals in these non violent cases and as always stand ready to assist."

Kudish said his group was not involved in the development of the city's program.

NAMI-NYC is part of a coalition that has proposed its own pilot program that would use EMTs and trained peers, who've had experience with mental health issues to respond to mental health emergencies.

He said he'd like to see the new 9-8-8 number be used to help people connect to community organizations that could then dispatch help for them or their loved ones.

Kudish said the group isn't anti-police but does not think they should be responding to these cases.

"This is this is not a police issue. It's not a law enforcement issue. It's a public health issue," Kudish said.