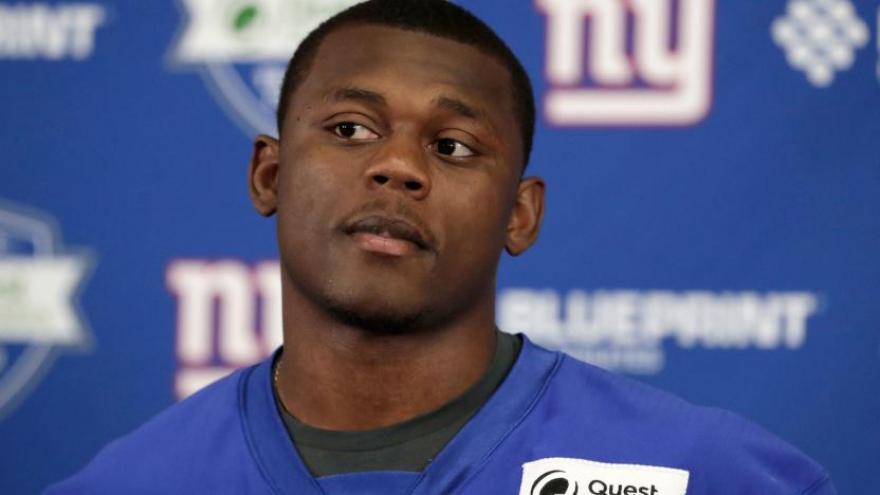 (CNN) -- Deandre Baker, a cornerback for the New York Giants, turned himself in to the Broward Sheriff Office's (BSO) Main Jail in Florida on Saturday morning in an armed robbery police say he was involved in, according BSO's website.

The 2019 first-round draft pick is charged with four counts each of aggravated assault with a firearm and armed robbery, the BSO jail website said. There is no court appearance scheduled for him.

Baker and Quinton Dunbar, a cornerback for the Seattle Seahawks, were at a house party Wednesday where several attendees allege the two football players stole thousands of dollars in cash from them as well as valuable watches while armed with weapons, according to an arrest warrant.

CNN has reached out to an attorney for Baker.

There is no information at this time about Dunbar's whereabouts, though he is wanted for four counts of armed robbery with a firearm, the Miramar Police Department said.