New York is shelling out $3.75 million to help build a hip-hop museum 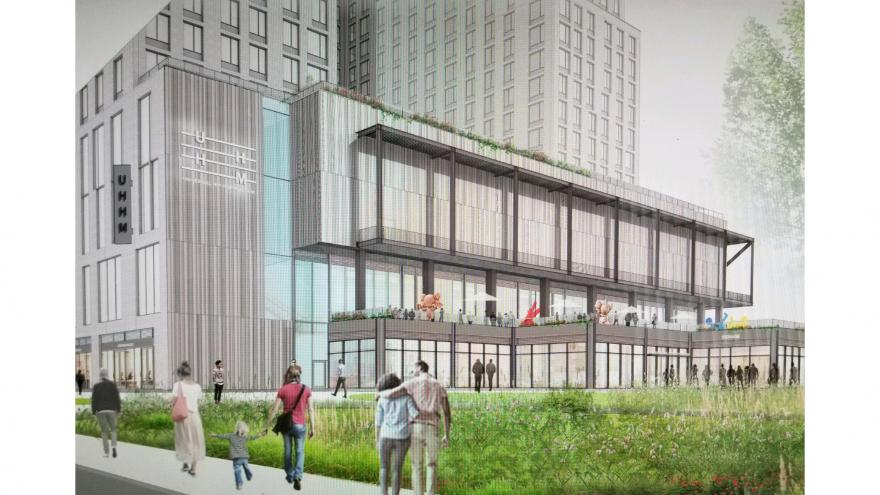 (CNN) -- New York awarded a $3.75 million state grant Thursday to help build The Universal Hip Hop Museum, an archive dedicated to the preservation and celebration of hip-hop history and culture.

Now at a temporary location in the Bronx Terminal Market, The Universal Hip Hop Museum is the brain child of New Yorkers who have been on the hip-hop scene since the very beginning.

One of these New Yorkers is executive director Rocky Bucano. Born and raised in the Bronx, Bucano was a DJ as a teenager in the early 1970's.

Bucano describes the 8-year-old museum as an "ambitious, audacious dream." His co-founders include hip-hop legends Kurtis Blow, the first commercially successful rapper, and Grand Wizzard Theodore, who pioneered the popular DJ technique known as "scratching." On the founding board of directors is Ice-T and cultural ambassadors include New York natives LL Cool J and Nas.

"We knew it was important because the Bronx is where hip-hop started," Bucano told CNN. "It's crazy to think of how hip-hop — which has such an influence on pop culture, advertising, politics — doesn't have a place to call home."

Thanks to Bucano, his co-founding members and state funding, hip-hop will have a 50,000-square-foot place to call home in Bronx Point come 2023. The grant was announced on Thursday by New York Gov. Andrew Cuomo as part of a statewide package of economic and community development funding.

The museum will showcase all aspects of hip-hop culture, like fashion and breakdancing, as well as the evolution of hip-hop — from Grandmaster Flash in the late 1970's to Fat Joe in the 1990's and Cardi B today. Partnerships with Microsoft and the Massachusetts Institute of Technology will give visitors a more personalized look into the history of hip-hop through artificial intelligence.

"We want to empower, inspire and engage the community," said Bucano. "Hip-hop has touched every aspect of modern society and it's important for the community to know that it was created by people who looked just like them."