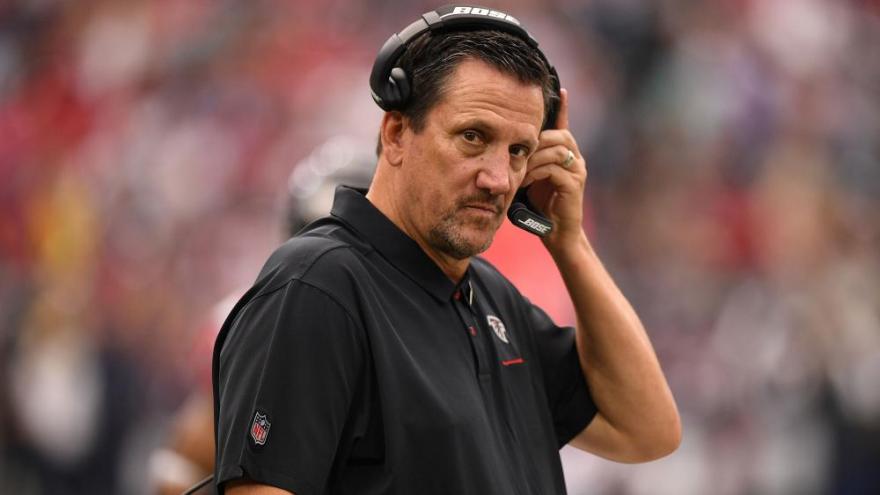 New York Jets assistant coach Greg Knapp has died, five days after being involved in a bicycling crash, the Knapp family announced on July 22. He was 58.

(CNN) -- New York Jets assistant coach Greg Knapp has died, five days after being involved in a bicycling crash, the Knapp family announced on Thursday. He was 58.

Nicknamed "Knapper," he "was called back home to Heaven, where he will be reunited with his Dad," the family said in a statement.

"Those of us who were so blessed to have known him, know that he would have wanted even this moment to be a teachable one," the statement says. "So this is it...'Live every day as if it's your last, and love those around you like it won't last!'"

Knapp collided with a single motorist on Saturday in California, according to the San Ramon Police Department. After a preliminary investigation, authorities said they do not suspect drugs and/or alcohol were a factor in the incident. Police said the driver of the vehicle cooperated with the investigation.

San Ramon is about 30 miles east of Oakland.

Knapp was hired by the Jets to be the passing-game specialist in January after spending the last three seasons with the Atlanta Falcons as the quarterbacks' coach. Knapp helped the Denver Broncos win the Super Bowl in the 2015 season when he was the quarterbacks' coach for four seasons. The coaching veteran also spent 10 seasons as an offensive coordinator for the San Francisco 49ers, Atlanta Falcons, Seattle Seahawks and the then-Oakland Raiders.

"The loss of a loved one is always a challenge but is harder when it is completely unexpected," Jets head coach Robert Saleh said in a statement. "Charlotte, Jordan, Natalie, and Camille please accept our most sincere condolences. Greg had such an inner peace about him that people always seemed to gravitate towards. He lived life in a loving way that helped him connect with people from all walks of life in a unique way. In his short time here, I believe the people in this organization had a chance to experience that connection. Greg, thank you for all that you have shared with us, you will be missed brother."

"In his short time with us, Greg had an immediate influence on those who had the pleasure of spending the smallest amount of time with him," Jets Chairman Woody Johnson said. "His legacy is not only working with some of the brightest quarterbacks the league has ever seen, but the countless others across this world he has had an indelibly positive influence on."