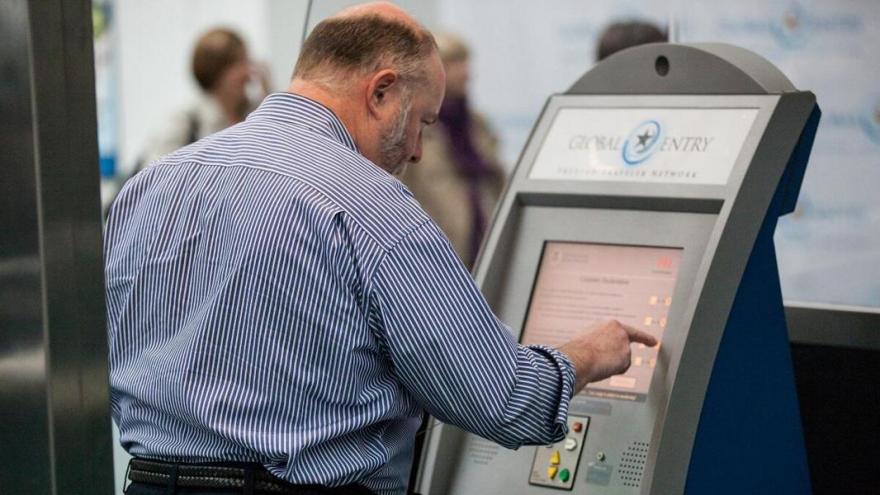 New York plans to sue the Trump administration over its decision to suspend Global Entry, along with other trusted traveler programs, for the state's residents, Attorney General Letitia James said Friday.

(CNN) -- New York plans to sue the Trump administration over its decision to suspend Global Entry, along with other trusted traveler programs, for the state's residents, Attorney General Letitia James said Friday.

The announcement comes on the heels of Department of Homeland Security's move to bar New York state residents from participating in certain programs due to provisions in the state's new "Green Light Law," which allows undocumented immigrants to apply for driver's licenses.

"We plan to take legal action and sue the Trump administration for its unfair targeting of New York State residents," James said in a statement. "This new policy will negatively impact travelers, workers, commerce, and our economy, so we will fight the president's shortsighted crusade against his former home. We will not allow New Yorkers to be targeted or bullied by an authoritarian thug."

The state law expands the forms of identification that can be used by applicants to obtain a driver's license in the state, including foreign passports and a foreign driver's license, while also protecting applicants' information from immigration enforcement agencies.

"It's very clear: this irresponsible action has consequences," Wolf said in a Thursday statement.

The impact of the administration's announcement was already being felt at New York's John F. Kennedy Airport Thursday morning.

CNN spoke to Emma Weber at the airport, who said she booked a Global Entry appointment two months ago and received no notification that it was canceled Thursday.

When she arrived, she was told by a Customs and Border Protection official that her appointment was canceled and she could have the opportunity to reschedule should there be a change in policy.

She did not receive any information about getting a refund for the application.

"It's super inconvenient," she told CNN, saying she planned to travel internationally next week.