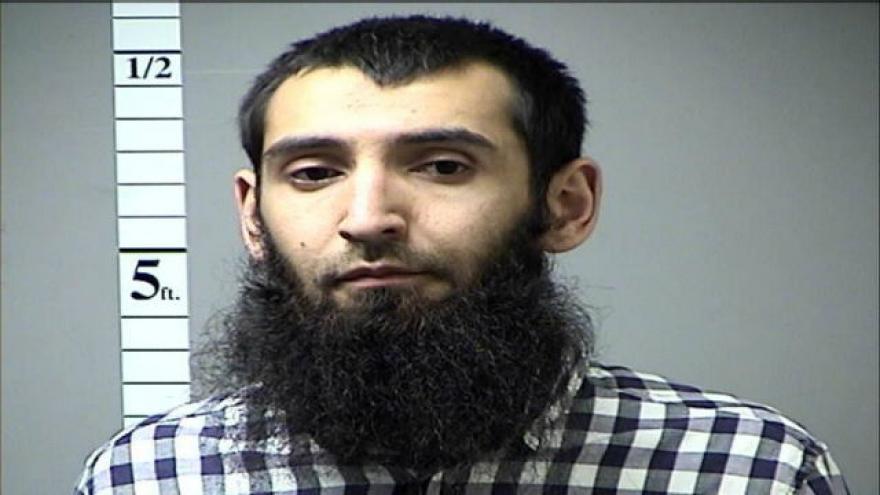 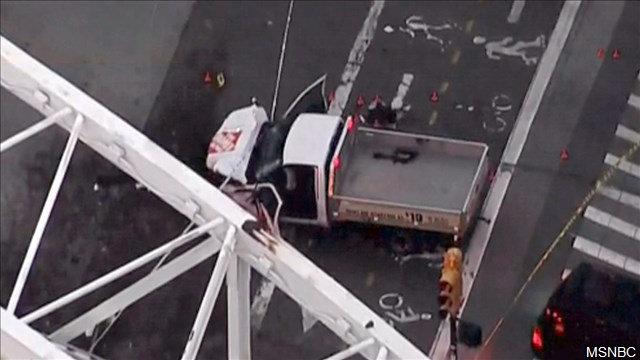 Multiple victims were killed after a truck driven by Sayfullo Habibullaevic Saipov slammed into pedestrians on a bike path in Manhattan, New York. MSNBC

(CNN) -- The man accused of New York's deadliest terror attack since 9/11 pleaded not guilty to 22 federal counts on Tuesday.

Sayfullo Habibullaevic Saipov, 29, is charged with killing eight people and injuring a dozen others by driving a pickup truck down a bicycle path near the World Trade Center on Halloween.

Saipov, who appeared in court wearing a navy blue jumpsuit and with ankle shackles but no handcuffs, walked with an apparent slight limp into federal court in Manhattan on Tuesday afternoon. During his initial appearance in early November, he had used a wheelchair.

Saipov listened to the proceedings with the aide of an Uzbek translator. He only spoke when Judge Vernon Broderick asked him if he could hear the interpretor. Saipov answered "yes."

His federal defender, David Patton, entered the not guilty plea on Saipov's behalf. Saipov will appear in court next on January 23.

He was arrested after the truck hit a school bus, stopping the rented vehicle in its tracks. Saipov exited the vehicle and an officer shot him.

Saipov came to the United States from Uzbekistan in 2010. He told investigators he was inspired by ISIS videos to use a truck in the attack "to inflict maximum damage against civilians," according to a complaint. Investigators searched two of his cell phones and found about 90 videos and 3,800 pictures, many of which were ISIS-related propaganda.

In particular, Saipov said he was motivated to proceed with his plan after watching a video of ISIS leader Abu Bakr al-Baghdadi questioning "what Muslims in the United States and elsewhere were doing to respond to the killing of Muslims in Iraq."