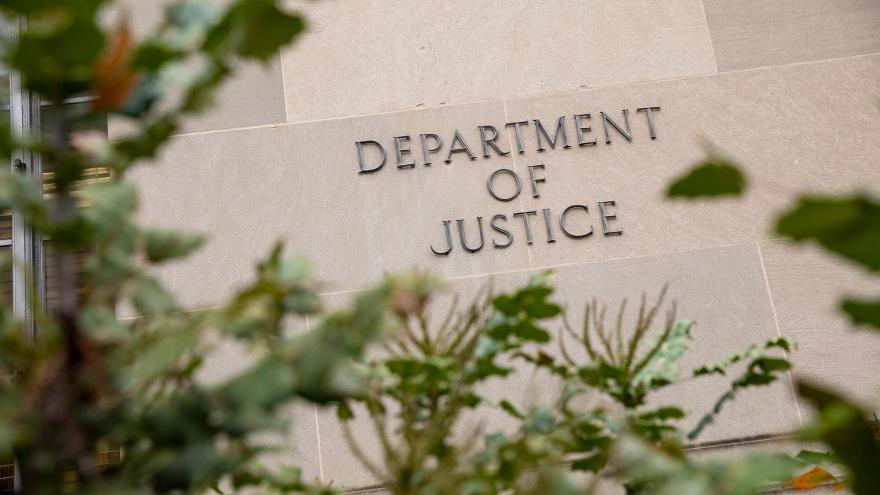 The US Justice Department has asked the White House for approval on a change to how it enforces a major federal law, which would undo some key civil rights protections for minority groups, The New York Times reported on Jan. 5.

(CNN) -- The US Justice Department has asked the White House for approval on a change to how it enforces a major federal law, which would undo some key civil rights protections for minority groups, The New York Times reported Tuesday.

If approved, the request to change how the department enforces Title VI of the Civil Rights Act -- which was submitted to the White House Office of Management and Budget last month -- would keep protections in place in intentional discrimination cases but not instances where a "disparate impact" was felt by minority groups, the Times reported.

In a draft proposal obtained by the newspaper, the department specifically said its current enforcement of Title VI included a "vastly broader scope of conduct" than the statute actually allows for.

Title VI of the Civil Rights Act "prohibits discrimination on the basis of race, color, and national origin in programs and activities receiving Federal financial assistance." According to the newspaper, the request from the Justice Department would mark the first considerable change to how it defines discrimination in Title VI in decades.

Even as a new attorney general under the Biden administration could delay the enactment of the change, the move is sure to draw fierce backlash from civil rights advocates who have long heralded "disparate impact" protections as a hallmark of Title VI.

Lauren Sampson, a staff attorney at Lawyers for Civil Rights, told the Times, "The regulation and explanation are exceedingly sparse, and it shows the dangers of rule-making without following the legally required process, including opportunities for public comment."

That message was echoed by Shiwali Patel, the senior counsel for the National Women's Law Center, who tweeted Tuesday evening: "It's unconscionable that the DOJ is trying to sneak in changes at the eleventh hour to weaken civil rights protections against racial discrimination."

The Trump administration for years has worked to transform racial-bias laws designed to shield minority groups from discrimination.

In 2019, for example, the Justice Department retreated from a prior position and said Texas' record of voter discrimination did not justify requiring prior approval for any new redistricting maps. The Obama administration had argued that a provision of the Voting Rights Act empowering judges to intervene should cover Texas, which has been mired in minority-voter disputes for years.