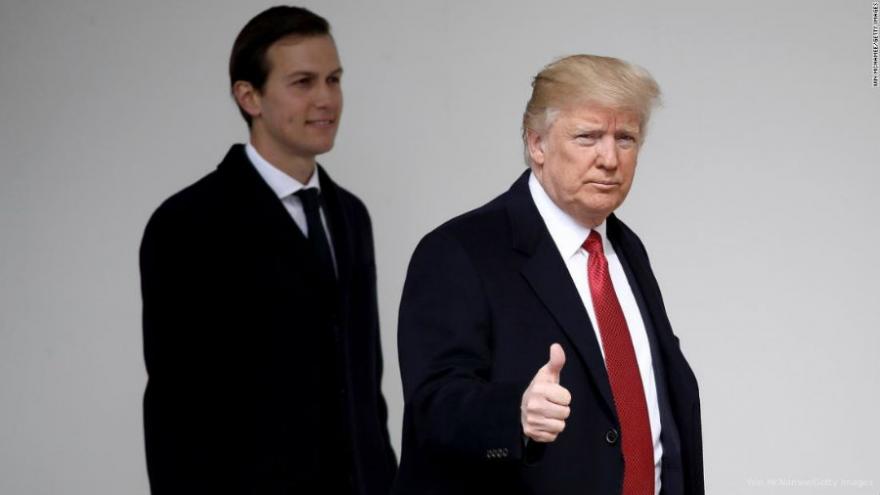 Kushner offered the de facto Saudi ruler advice "about how to weather the storm" following the death of Khashoggi, the Times reported on Saturday, citing a Saudi source familiar with the conversations.

The White House did not immediately respond to CNN's request for comment on the story.

A White House spokesman told the Times in a statement, "Jared has always meticulously followed protocols and guidelines regarding the relationship with MBS and all of the other foreign officials with whom he interacts," referring to the crown prince by his initials.

White House officials declined to explain those protocols and guidelines to the Times or to comment on Kushner's one-on-one communications with bin Salman since the killing of Mr. Khashoggi.

Kushner and national security adviser John Bolton had called bin Salman nearly a week after Khashoggi went missing from the Saudi consulate in Istanbul, Turkey, and amid an investigation into the journalist's disappearance, CNN reported in October.

"They asked for more details and for the Saudi government to be transparent in the investigation process," White House press secretary Sarah Sanders said in a statement at the time.

Initially claiming no involvement, the Saudis later admitted a team of rogue operatives had murdered Khashoggi inside the consulate. The CIA assessed in November that the crown prince had personally ordered the killing of the journalist.

Even after the CIA's assessment, Kushner emerged as bin Salman's most important defender, arguing that Trump needs to support the crown prince because the Saudis remain a key component to the Trump administration's Middle East policy, the Times reported, citing people familiar with the deliberations.

Trump and the State Department have maintained that the US government has not reached a final conclusion about who is responsible for Khashoggi's death.

CNN reported in October that Kushner operated behind the scenes to mitigate the fallout from Khashoggi's death and left public explanations to others, intentionally remaining in the background that week.

Sources told CNN that Kushner was quietly leveraging his close relationship with bin Salman throughout the fallout when asked and retreating to the sidelines when necessary.