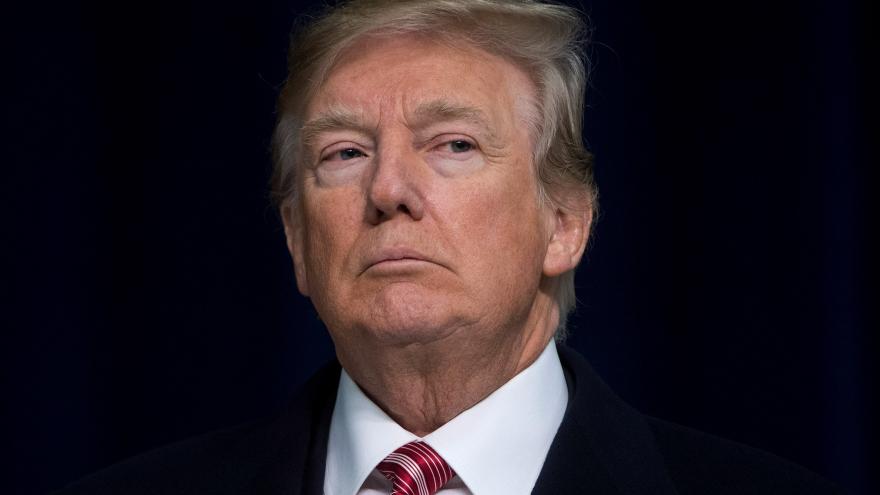 (CNN) -- Mexico had already promised to take many of the actions agreed to in Friday's immigration deal with the US -- months before President Donald Trump's tariff threat, officials from both countries who are familiar with the negotiations told the New York Times in a story published Saturday.

Trump moved to accept the existing agreements in a deal Friday after negotiations prompted by his threat to impose growing tariffs on Mexico in response to the border situation dragged on over several days. Talks between Mexican Foreign Minister Marcelo Ebrard and State Department officials lasted for more than 11 hours Friday.

The Mexican government had pledged to deploy the National Guard nationwide with a focus on its southern border -- a key part of Friday's agreement -- during secret meetings in March between former Homeland Security Secretary Kirstjen Nielsen and Mexican interior secretary Olga Sanchez in Miami, the officials told the Times.

The deal's key expansion of a program that would keep asylum seekers in Mexico while their claims are processed was established in two heavily brokered two diplomatic notes exchanged between the two countries, the Times reported. Nielsen announced the Migrant Protection Protocols during a House Judiciary Committee hearing in late December.

One senior government official insisted to the Times that the Mexican government agreed to move to deter migrants faster and more aggressively than they ever had before this week's talks.

Trump disputed the Times' story in a series of tweets Sunday morning, writing that his administration, like others before it, had been working toward some aspects of the deal "for a long time," but said they "were not able to get them, or get them in full, until our signed agreement with Mexico."

The President also said in his tweets that additional parts of the deal -- and "one in particular" -- were not announced Friday but will be rolled out "at the appropriate time." It was not immediately clear what Trump was referring to in his tweet.

Later Sunday, acting Homeland Security Secretary Kevin McAleenan told Fox News' Bret Baier that "all of (Friday's deal) is new," and added that although Mexico has deployed several hundred troops to its border before, the new deal is "more than a tenfold commitment to increase their security."

McAleenan also told Baier that Trump's tariff threat against Mexico helped get the country "to the table" to negotiate, saying that Ebrard "arrived within hours" to negotiate with the US after the threats were made -- leading to Friday's deal.

As Ebrard noted in a news conference after the agreement's announcement Friday, the Mexican government did not accept the US's push for a safe third country agreement, which would require asylum seekers traveling through Mexico to make their case for American asylum in Mexico.

"They proposed in the first meeting to have (a) third safe state, which is not the case here, which is very important. And on the other hand, we accepted to have a more extended version of (migrants remaining in Mexico during asylum claim processing) and to accelerate the deployment of the national guard," Ebrard said, calling the deal "a fair play."

Trump presented the deal as a win in a pair of tweets early Saturday.

"Mexico will try very hard, and if they do that, this will be a very successful agreement for both the United States and Mexico!" the President wrote in a tweet. He continued later: "MEXICO HAS AGREED TO IMMEDIATELY BEGIN BUYING LARGE QUANTITIES OF AGRICULTURAL PRODUCT FROM OUR GREAT PATRIOT FARMERS!"

Mexican President Andrés Manuel López Obrador said Saturday that he had a phone call with Trump after negotiators reached a deal Friday.

"I spoke on the telephone with President Trump," Lopez Obrador tweeted in Spanish on Saturday. "I told him that in Tijuana I would say that I do not lift a clenched fist but an open and frank hand to the president of the United States. We reiterated our disposition to friendship, dialogue and collaboration for the good of our countries."

Democratic congressional leaders slammed Trump for his attempts to negotiate a deal.

Senate Majority Chuck Schumer jabbed Trump's repeated return to the issue, tweeting Friday night: "This is an historic night! @realDonaldTrump has announced that he has cut a deal to 'greatly reduce, or eliminate, Illegal Immigration coming from Mexico and into the United States.' Now that that problem is solved, I'm sure we won't be hearing any more about it in the future."

On Saturday, House Speaker Nancy Pelosi accused Trump in a statement of having "undermined America's preeminent leadership role in the world by recklessly threatening to impose tariffs on our close friend and neighbor to the south."

Congress, she said, will hold the White House "accountable for its failures to address the humanitarian situation at our southern border."