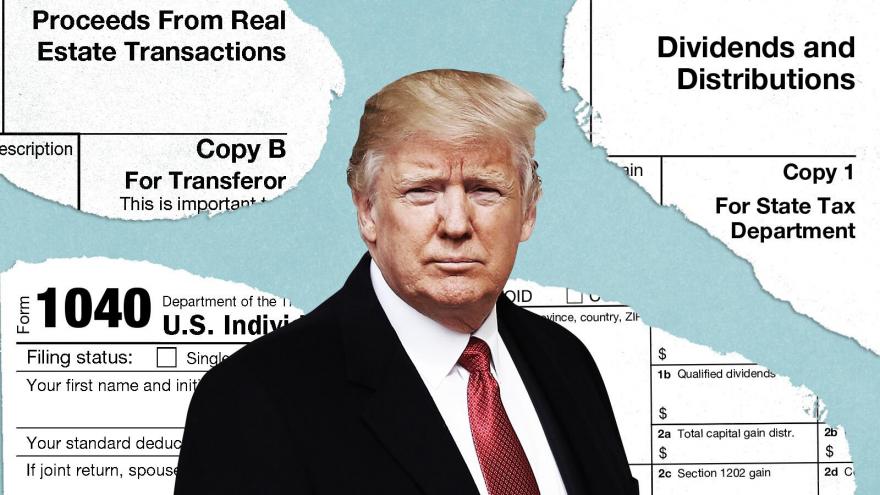 President Donald Trump has had more than $270 million in debt forgiven since 2010 after he failed to repay his lenders for a Chicago skyscraper development, The New York Times reported Tuesday.

(CNN) -- President Donald Trump has had more than $270 million in debt forgiven since 2010 after he failed to repay his lenders for a Chicago skyscraper development, The New York Times reported Tuesday.

An analysis of his tax records by the Times shows that after the Trump International Hotel & Tower in Chicago encountered financial problems, big banks and hedge funds cut Trump considerable slack, granting him years of additional time to repay his debts, much of which was ultimately forgiven.

And while the previously unreported forgiven debts would usually fuel a large tax bill, Trump appears to have managed to pay almost no federal income tax on them, the Times reported, partially because of the significant financial losses his other businesses were enduring.

Trump Organization chief legal officer Alan Garten told the Times that the organization and Trump had paid all necessary taxes on the forgiven debts.

"These were all arm's length transactions that were voluntarily entered into between sophisticated parties many years ago in the aftermath of the 2008 global financial crisis and the resulting collapse of the real estate markets," Garten said.

Trump defended his conduct Wednesday morning, tweeting, "I was able to make an appropriately great deal with the numerous lenders on a large and very beautiful tower. Doesn't that make me a smart guy rather than a bad guy?"

Still, news of Trump's extensive forgiven debts deal a new blow to the business-tycoon brand the President has built his political career on, just a week from Election Day.

According to the Times, Trump arranged for two of his LLCs to borrow more than $700 million for the Chicago development and went to Deutsche Bank for the majority of the money.

The bank agreed to lend $640 million to the project, the newspaper said, but after construction delays, the loan came due while portions of the building were still unfinished.

While Deutsche initially granted Trump an extension on paying back the loan, after it denied an additional extension request Trump sued the bank along with Fortress Investment Group -- which had provided a $130 million loan for the project -- and other banks and hedge funds that had bought parts of those loans, the Times reported.

Trump, according to the newspaper, charged that Deutsche had engaged in "predatory lending practices." The bank responded with its own lawsuit demanding repayment of the loan.

In July 2010, Deutsche Bank, Fortress and Trump reached a private settlement without disclosing the terms, the Times reported. But Trump's federal tax returns and a loan document show that he had about $270 million in debt from the project forgiven.

The new details gleaned from the President's tax records build on previous New York Times reports that detailed how Trump paid no federal income taxes whatsoever in 10 out of 15 years beginning in 2000 because he reported losing significantly more than he made.

In both the year he won the presidency and his first year in the White House, Trump paid just $750 in federal income taxes, the Times reported.

Trump has denied the New York Times story and claimed that he pays "a lot" in federal income taxes.