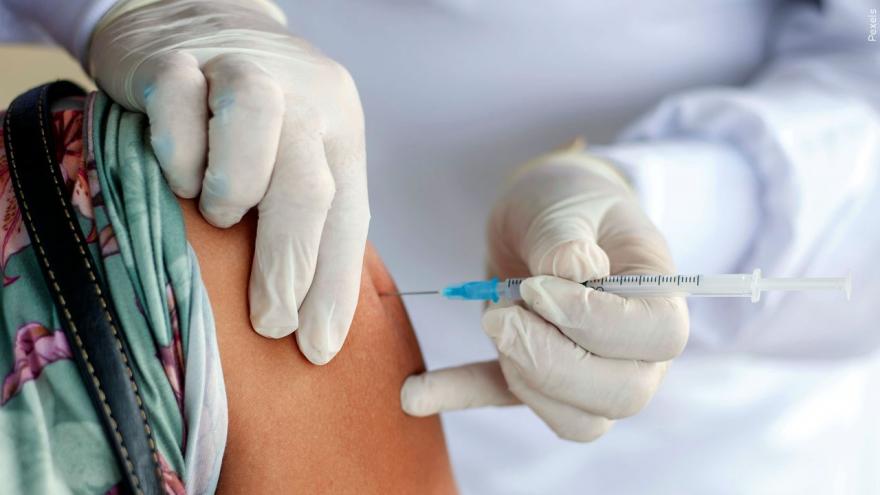 This new move, which De Blasio announced Monday on MSNBC, means everyone who works in the city will now be subject to a vaccine mandate.

"The more universal they are, the more likely employees will say okay, it's time. I'm going to do this. Because you can't jump from one industry to another or one company to another. It's something that needs to be universal to protect all of us," De Blasio said.

At a press conference later on Monday, De Blasio said the vaccine mandate is the best way to avoid a return to a shutdown of businesses and other public events that other countries have ordered as Covid cases continue to rise.

Children, ages 5 - 11 in New York will now also be required to show proof of at least one shot before being allowed access to indoor dining, fitness or entertainment, the mayor announced.

Adults will now be required to show proof of two vaccinations for those areas.

The mayor is confident the mandates will hold up in court.

"Our health commissioner has put a series of mandates in place. They have won in court, state court, federal court every single time. And it's because they're universal and consistent. And they're about protecting the public right now from a clear and present danger," De Blasio said.

City employees were already subject to vaccine mandates. But a federal mandate for businesses with 100 or more employees to require vaccines or weekly testing of its employees is on hold due to court challenges. Many major employers, including some Wall Street banks and tech companies with offices in the city, have their own vaccine mandates in place.

"We had no heads up," Kathryn Wylde, president and CEO of the Partnership for New York City, an influential business group, told CNN on Monday in a phone interview.

Wylde said she was "surprised" to learn about the new health restrictions through the media because typically local leaders would give the business community a heads up about such a shift.

"It's unclear if the city has authority to issue such a mandate," Wylde said, adding that the city business leaders are "very supportive" of vaccines.

Although New York employers are not against vaccine mandates, Wylde said business leaders are looking for more information on how this new order will be enforced and whether employees can opt out through testing. City workers already faced such a mandate.

"Employers do not want to be enforcement agents," Wylde said.

Business leaders are also concerned about navigating the maze of federal, state and city health policies. For instance, unlike the city, New York State does not have a vaccine mandate for private employers. And the Biden administration's vaccine mandate for employers with 100 or more employers has been held up by court challenges.

"Public health protocols generally, and vaccine mandates, should be coordinated and consistent with each other," Wylde said.

Wylde said there is concern over a lack of coordination for federal, state and city health policies.