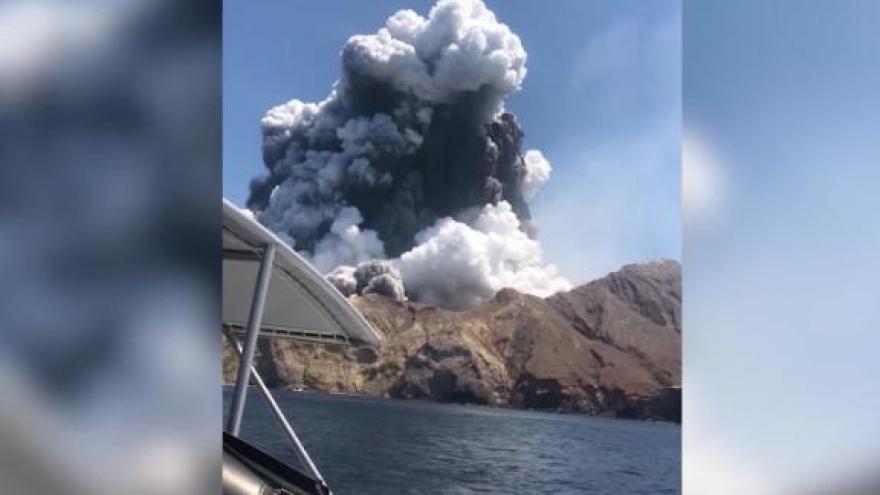 The search for the bodies of those who remain missing and presumed dead is continuing, according to a police statement.

Earlier on Saturday, 21-year-old Australian Krystal Eve Browitt was the first person to be identified by officials. The young woman was on the island with her sister Stephanie and father Paul, while her mother Marie stayed on board the cruise ship they were holidaying on, according to a Go Fund Me page set up for the family.

Separately on Saturday, police said another person was missing at sea, presumed dead. Police added that another victim who was being treated at nearby Waikato Hospital had also died, bringing the death toll from Monday's eruption to at least 16.

On Friday, a specialist team recovered six bodies from the volcano, braving hazardous conditions in a risky operation four days after it erupted while 47 people were visiting.

It was the first time authorities have been able to return to White Island -- also known as Whakaari -- since it erupted with little warning.

New Zealand's volcano monitoring service GeoNet said Friday that there is still a 50% to 60% chance of another eruption in the next 24 hours. However, authorities decided it was safe enough as there was only a 6% chance of death in any three-hour period with the safety precautions put in place should another eruption occur, said New Zealand Defense Force Col. Rian McKinstry.

At a press conference, police commissioner Mike Bush praised the work of the recovery team.

The bodies were to be transported to Auckland on Friday for identification.

Correction: This story has been updated to correct the number of bodies recovered by authorities.