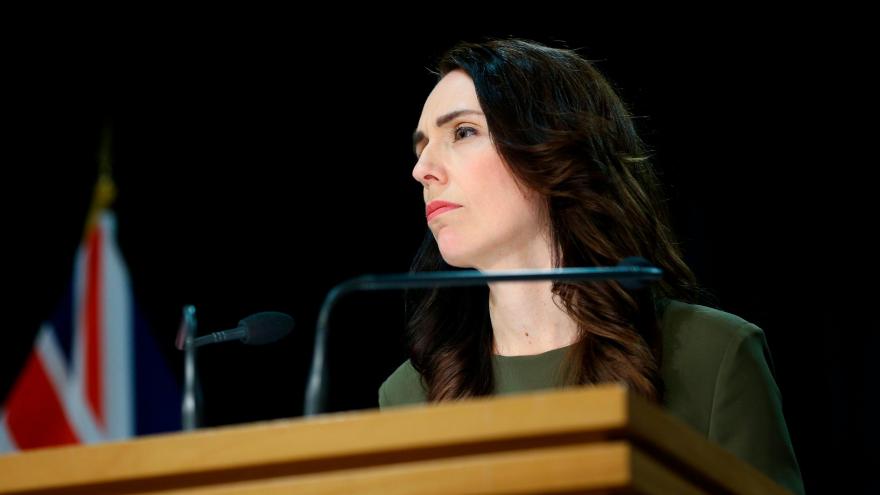 (CNN) -- New Zealand Prime Minister Jacinda Ardern says she is delaying the country's parliamentary election by four weeks to October 17 after the reemergence of Covid-19 in the country last week.

The announcement on Tuesday that locally acquired cases of coronavirus had been confirmed in the New Zealand's biggest city, Auckland, prompted the government to introduce strict level three lockdown measures on August 12. This comes after around 100 days without community spread.

The rest of the country was put into level two lockdown, with both lockdown periods extended until at least August 26 as further cases of coronavirus were confirmed.

The general election was due to take place on September 19, with Parliament rising on August 6 and campaigning had already begun before the lockdowns were introduced.

But at a live-streamed media conference Monday, Ardern said it was clear "the reemergence of Covid in Auckland at the beginning of the formal campaign period has been cause for concern."

Ardern said that New Zealand's Electoral Commission had assured her that a safe and accessible election would be possible on the new date.

"Ultimately I want to ensure we have a well-run election that gives all voters the best chance to receive all the information about parties and candidates and delivers certainty for the future," she said.

Ardern said while the decision to change the election date rested solely with her as Prime Minister, she consulted with other party leaders as "moving an election date especially this late in an electoral cycle is a significant decision."

"In the end what matters most is what is in the best interests of voters and our democracy," she said. "Any decision to review the election date must be as free from partisan political interests as possible."

Ardern said New Zealand's Electoral Commission had been preparing for a range of circumstances, such as holding an election in level two or three lockdown, and that she did not intend to change the election date again.

"Even if I had not picked up the phone and contacted anyone, I believe this is the outcome I would have arrived at," she said. "Covid is the world's new normal. Here in New Zealand, we are all working as hard as we can to make sure that our new normal disrupts our lives as little as possible."

New Zealand's Parliament will now reconvene Tuesday and be dissolved on September 6 ahead of the October poll.

"Confirmation of the date provides certainty to the public about when the election will be held," Chief Electoral Officer Alicia Wright said in a statement. "We have been considering alternative election dates and are confident we can revise our existing arrangements for 17 October."

The commission said that it had always prepared for the election to be run as if under Alert Level 2 lockdown restrictions, with planned measures including contact tracing, provision of hand sanitizer and physical distancing.

Leader of the opposition, National Party Leader Judith Collins, had previously called for the election to be delayed until November.

In a statement after Ardern's announcement Tuesday she said: "It was always National's view that to have a fair, democratic election, we needed to deal with this second wave of Covid-19 so politicians from all parties had a reasonable chance to present their policies, and the public felt comfortable engaging with the campaign without putting their health at risk."

New Zealand First Leader Winston Peters -- who is Deputy Prime Minister in Ardern's coalition government -- had also called publicly for the election to be delayed and issued a statement welcoming the move.

"Holding an election during a Covid outbreak has the risk of serious interference in our democracy. Voters would be expected to exercise their electoral rights with a dearth of information and that is unacceptable," Peters said.

New Zealand has already spent five weeks under one of the world's strictest lockdowns, which closed most businesses and schools from March 25, and saw people stay at home.

It returned to level one on June 9, with border controls remaining in place but most citizens living life as normal -- until last week.

As of Monday afternoon local time, New Zealand had 58 confirmed cases believed to be related to the most recent community cluster and an additional 20 active cases linked to overseas travel, with returning residents still facing a mandatory 14-day quarantine on arrival in the country.

Announcing Monday's numbers in a live-streamed update, Director-General of Health Dr. Ashley Bloomfield said that record levels of testing were taking place, with nearly 100,000 of New Zealand's 597,956 Covid-19 tests completed in the last week or so.

"If we look at the number of new cases today -- given the extent of testing that has happened over the last few days -- I think that's encouraging," Bloomfield said. "The sense we have is that we are dealing at the moment with a single cluster -- a single outbreak -- and thanks to the efforts of the community in coming forward for that testing we are getting ... a full idea of the contours of the outbreak."

But Bloomfield said the origin of the outbreak remained a mystery: "Somehow the virus come in across the border -- I think we're confident that it wasn't brewing away or a sort of slow-burning ember in the community -- the question of where it's come across the border and how is what we're trying to answer."

Since March, New Zealand has reported a total of 1,280 confirmed and 351 probable coronavirus cases and 22 deaths.