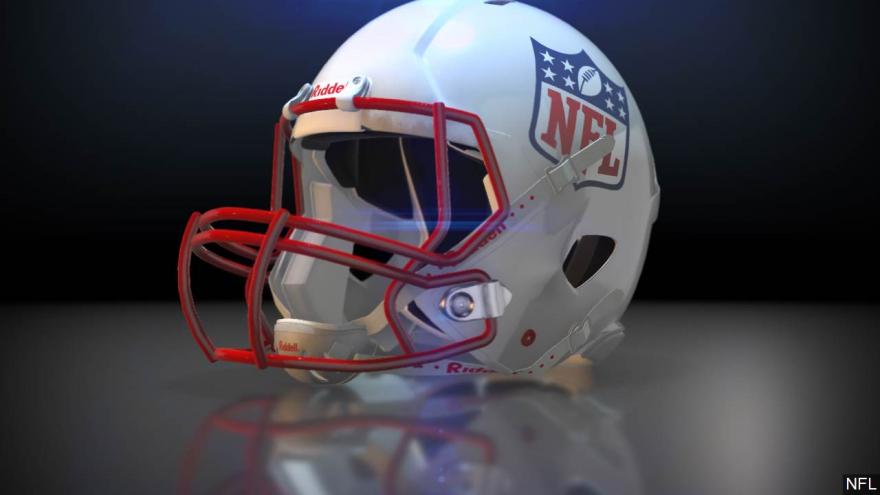 By Ben Morse, for CNN

(CNN) -- With the safety of its players under increasing scrutiny, the NFL is offering $3 million in a "helmet challenge" competition.

The NFL has prioritized helmet safety amid growing concerns over the long-term impacts of concussions.

A total of $3 million has been made available in the "NFL Helmet Challenge," including $2 million in grant funding to support the development of a helmet prototype and a further $1 million prize for the winner.

"Helmet technology is advancing at an impressive rate. Yet, we believe that even more is possible," said Jeff Miller, the NFL's Executive Vice President for Health and Safety Innovation.

"The NFL Helmet Challenge represents an unprecedented combination of financing, research, data and engineering expertise in an effort to create a more protective helmet.

"Innovation can be catalyzed if we engage with creative and talented people from across disciplines to attack this challenge together. In collaboration with the NFL Players Association, we are making changes on and off the field in an effort to improve protection for every player.

"Trying to ensure that players wear the best possible helmet is a substantial part of that commitment."

READ: How the NFL is offering a lifeline for teenagers in London

The safety standards of NFL helmets became a major talking point during the preseason after the league banned outdated models worn by some of its top players, a decision that caused Antonio Brown to refuse to practice.

After the models were deemed too old for in-game use, the players were forced to switch to newer, more safe versions in order to continue playing.

Brown filed two grievances related to the NFL's decision and briefly threatened to retire in protest. The Raiders later released Brown, who has since signed with the Patriots. He then became involved in a civil lawsuit accusing him of sexual assault.

While the NFL have funded previous innovation challenges, those focused on components of protective equipment, such as a helmet padding system. This helmet challenge asks for entire prototypes to be designed.

Applicants have until May 2021 to submit their prototypes for testing, which will be carried out in "in laboratory conditions that represent potentially concussive impacts in the NFL," said the league.

The challenge kicks off with a symposium held on November 13-15 in Youngstown, Ohio for NFL officals and entrees, where they will be provided with information on current helmet technology and NFL concussion research data.