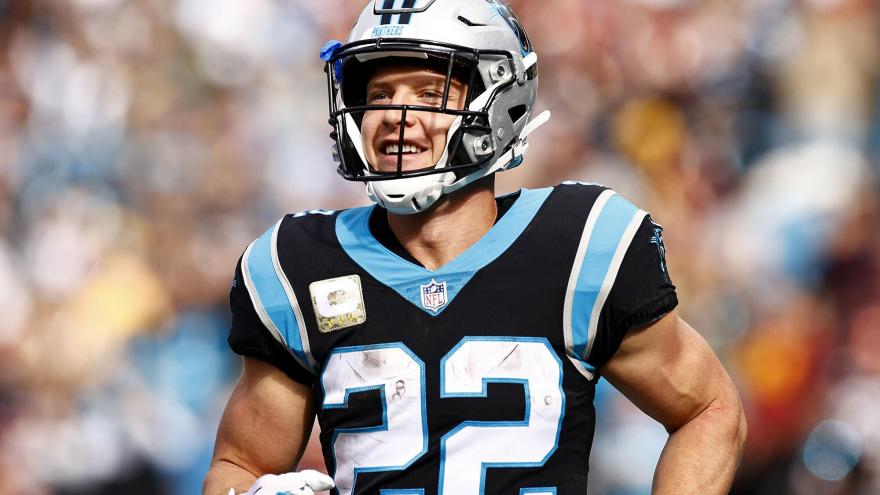 Christian McCaffrey, seen here celebrating a touchdown during a game in November, paid off the accounts of 363 families.

The running back announced through his foundation that he'd worked with the non-profit Pay Away the Layaway to pay the balances at all Army & Air Force Exchange and the Navy Exchange Service Command locations in North Carolina, South Carolina and southern Virginia.

The foundation paid off the layaway accounts for 363 families, according to a news release.

McCaffrey, who's been with the Panthers since 2017, shared the news earlier this week in a video call with 22 members of the military -- which is also his jersey number.

"We are extremely happy to do it and so grateful for all of you guys who have served," McCaffrey said in the video.

The recipients clapped and raised their hands in celebration, thanking McCaffrey multiple times as he was speaking.

McCaffrey was nominated in November for the 11th annual NFL Salute to Service Award because of his support for the military community, according to the Panther's website.

He is out for the season after injuring his ankle in the Panthers' loss to the Miami Dolphins.