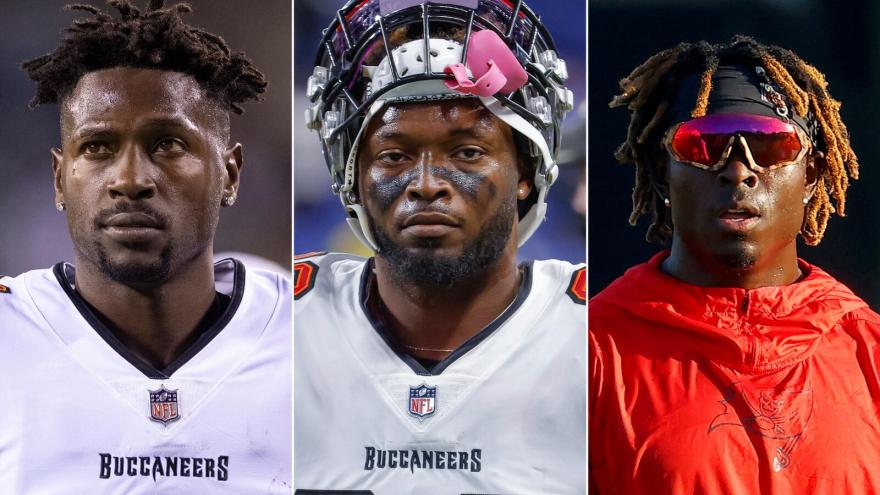 In a Thursday news release, the NFL said its review of recent allegations that the players had "misrepresented their vaccination status" had supported the claims.

On November 18, the NFL announced it was reviewing accusations that Brown had owned fake Covid-19 vaccination cards in an attempt to usurp NFL protocols. The accusations were made by Steven Ruiz, Brown's former at-home chef in a Tampa Bay Times exclusive report.

All three players have accepted the discipline and fines and will not appeal the decision, according to the NFL statement.

The NFL determined that Rodgers and Lazard attended a Halloween party despite being unvaccinated, a violation of protocols prohibiting unvaccinated players from gathering outside of team facilities in a group of more than three players.

The Buccaneers released a statement on Thursday stating, "We appreciate the League's timely handling of this matter and recognize the importance of the health and safety protocols that have been established. We will continue to implement all league COVID-19 protocols."

Brown's attorney, Sean Burstyn, tells CNN, "Mr. Brown is vaccinated and continues to support the vaccine for any person for whom it is appropriate. The NFL made its determination and, instead of going through the drawn out and distracting process of challenging the outcome, Mr. Brown wrapped this up promptly and he will use this time as an opportunity to treat his ankle injury.

"Mr. Brown will be motivated, well rested, and in the best shape of his life when he returns in week 16."