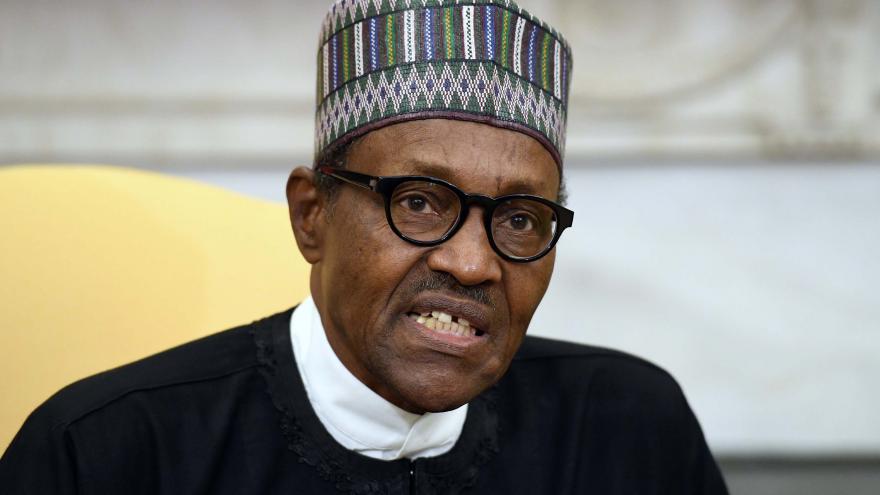 The Nigerian government has ordered federal prosecutors to arrest and prosecute users of the Twitter app, after a ban on the social media company took effect on June 4. - Olivier Douliery/Pool/Getty Images

(CNN) -- The Nigerian government has ordered federal prosecutors to arrest and prosecute users of the Twitter app, after a ban on the social media company took effect on Friday.

Nigeria's Attorney General and Minister of Justice, Abubakar Malami, issued the directive Saturday in a statement signed on his behalf by his spokesman, Dr. Umar Jibrilu Gwandu.

The Attorney General directed the country's communications regulator, NCC, and the Ministry of Communication and Digital Economy to collaborate with prosecutors "to ensure the speedy prosecution of offenders without any further delay."

Nigeria's Ministry of Information and Culture announced the "indefinite suspension" of Twitter's operations in Nigeria in a statement on Friday, just about two days after the company deleted a tweet by President Muhammadu Buhari that was widely perceived as offensive.

Information Minister Lai Mohammed had criticized Twitter's action and accused the social media giant of "double standards." Mohammed also questioned Twitter's motives in Nigeria, saying, "the mission of Twitter in Nigeria is very very suspect..." at a news conference on Wednesday after Buhari's tweet was deleted.

Nigeria's ban on Twitter was swiftly implemented as Twitter's site was inaccessible for many Nigerians from the early hours of Saturday.

However, some Nigerians were able to circumvent the ban, through the use of a virtual private network (VPN) which allows users to access public networks with encrypted internet connections.

Gwandu, the Attorney General's spokesman, told CNN on Saturday that anyone still tweeting will be brought before the law.

"Any violator, whether individuals or organizations, will be prosecuted," said Gwandu. "It is the duty of prosecutors to find out modalities of getting out those who violate," he added.

Gwandu remarked that Nigeria's laws does not guarantee absolute freedom while responding to whether it is lawful to prosecute law-abiding citizens who are entitled to freedom of thought, expression, and privacy.

"How do you call them law-abiding when they violate laws... when they want to create havoc, create issues of sedition, felony and are inciting hatred among Nigerians?" he asked.

"Every freedom has certain responsibilities — corresponding responsibility to the freedoms. No freedom is absolute. Those who are apprehended will get to know what sort of prosecution awaits them," Gwandu told CNN.