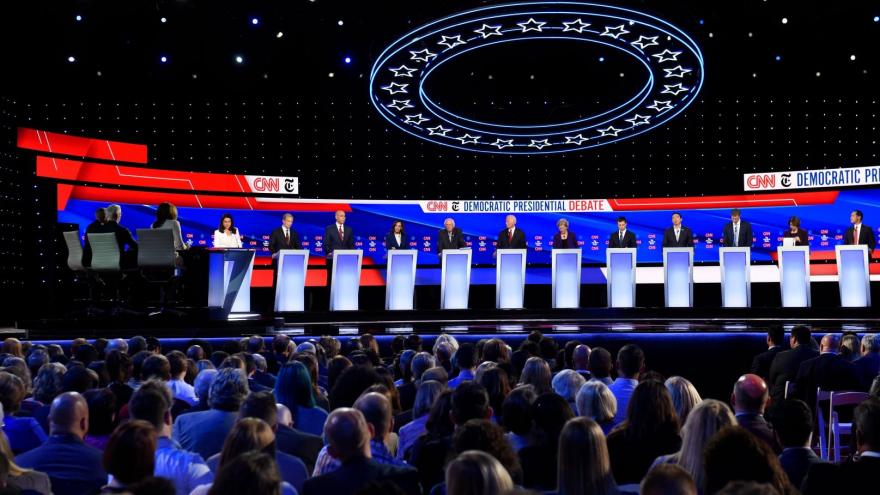 (CNN) -- A new survey of likely Iowa Democratic caucusgoers from the New York Times and Siena College finds a tight top tier of four in Iowa, with no clear leader in the first state to weigh in on the race for the Democratic presidential nomination.

The results in the early voting state do not bode well for Biden and are similar to a September CNN/Des Moines Regiser/Mediacom poll in which Warren challenged Biden's dominance in the race.

This also marks a jump for Buttigieg, who previously lagged behind the three longstanding frontrunners and clocked in at 9% in CNN's poll in Iowa last month.

Behind them, Minnesota Sen. Amy Klobuchar lands at 4%, and California Sen. Kamala Harris and businessman Andrew Yang at 3% each in Friday's poll. The poll is Klobuchar's second poll that meets the standard to qualify for the December Democratic presidential debate, which requires 4% in at least four national or early state polls that meet the DNC's criteria or 6% in two early state polls between Oct. 16 and Dec. 12.

Two-thirds of likely caucusgoers in the poll said they could still change their minds about whom to support.

The Times/Siena survey was conducted from Oct. 25-30, questioned 439 Iowa Democratic caucusgoers and has a margin of error of plus or minus 4.7 percentage points.