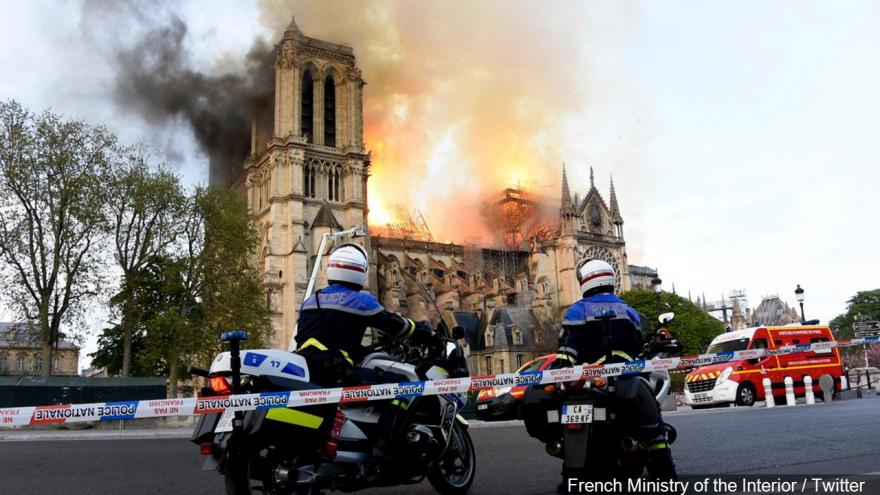 Bertrand de Feydeau, vice president of preservation group Fondation du Patrimoine, told France Info radio that the wooden roof that went up in flames was built with beams more than 800 years ago from primal forests.

Speaking Tuesday, he said the cathedral's roof cannot be rebuilt exactly as it was before the fire because "we don't, at the moment, have trees on our territory of the size that were cut in the 13th century."

He said the restoration work will have to use new technologies to rebuild the roof.

Experts are assessing the blackened shell of Paris' iconic Notre Dame cathedral to establish next steps to save what remains after a devastating fire destroyed much of the almost 900-year-old building.

With the fire that broke out Monday evening and quickly consumed the cathedral now under control, attention is turning to ensuring the structural integrity of the remaining building.

Junior Interior Minister Laurent Nunez announced that architects and other experts would meet at the cathedral early Tuesday "to determine if the structure is stable and if the firefighters can go inside to continue their work."

Officials consider the fire an accident, possibly as a result of restoration work taking place at the global architectural treasure, but that news has done nothing to ease the national mourning.