No major injuries reported after explosion at Maine paper mill 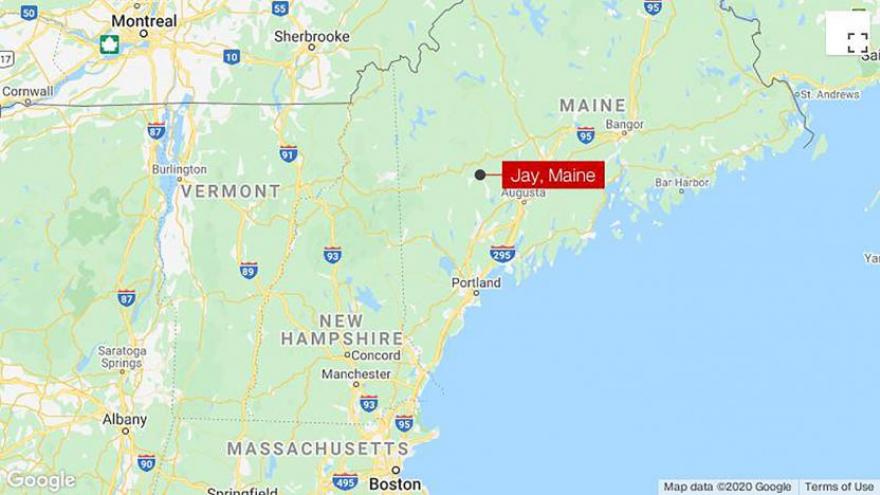 Authorities are responding to reports of an explosion at a paper mill in Jay, Maine, on Wednesday, Gov. Janet Mills said.

(CNN) -- A few people suffered minor injuries Wednesday after a large explosion at a paper mill in Jay, Maine, sent debris and plumes of smoke into the air.

The explosion at the Androscoggin Mill in Jay, about 70 miles north of Portland, occurred at the mill's digester area and caused a fire on the roof of that building, Sgt. Joel Davis of the state fire marshal's office told reporters.

"Fortunately nobody works in that area directly," Davis said.

No major injuries were reported, but a few people in the vicinity were treated for "minor respiratory issues" and released, he said.

A spokeswoman for the mill's owner, Pixelle Specialty Solutions, said more than 160 people were working at the time of the explosion but no one was injured.

"I ask the people of Maine to join me in praying for the safety and wellbeing of all those in and around this historic mill. In this already difficult moment, let us summon the strength and resilience which has defined us as Maine people throughout our history and which has sustained us and carried us through our most challenging times," the governor tweeted.