No refugees will be resettled in the US in October, leaving hundreds in limbo 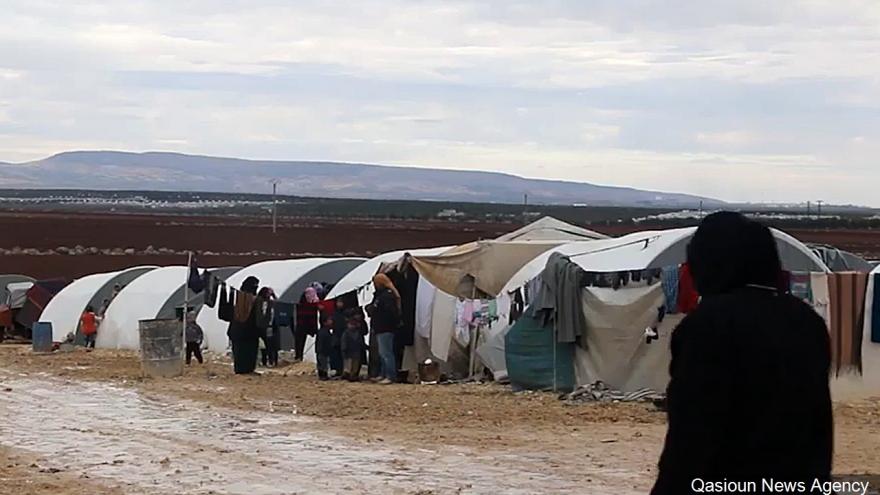 (CNN) -- The United States is on track to not admit any refugees in October, after already canceling around 500 flights this month, CNN has learned.

A pause on admissions that was expected to lift on Tuesday will now extend into November, leaving those who expected to resettle in the US in limbo. It also means additional travel will need to be canceled and re-booked at the expense of federal taxpayers.

The moratorium will run through November 5, according to a State Department spokesperson. "We will work with our implementing partners to plan for a resumption of refugee arrivals, including rescheduling travel for those affected by the extension," the spokesperson said in a statement.

It's the third time this month that the State Department has delayed refugee admissions. Travel for refugees who were told they could come to the US was postponed through October 21, and then later to October 28. There's usually a pause in arrivals the first week of October.

The Trump administration has proposed capping the number of refugees allowed into the US at 18,000, a historic low. But in order for refugees to be admitted in the new fiscal year, President Donald Trump has to sign off on the refugee ceiling. The consistent delays in travel suggests Trump has not signed it yet.

The latest travel delays come as the humanitarian crisis in Syria worsens. More than 12,000 Syrian refugees have recently fled to shelters in the region, according to the United Nations' refugee agency. The agency estimated that in 2018, there were more than 20 million refugees.

Groups who resettle refugees have grown increasingly concerned over the extensions. Bethany Christian Services, which partners with refugee resettlement agencies, expected to admit unaccompanied minors and place them in foster homes this month.

In four cases, the unaccompanied minors have since turned 18 years old, meaning they're no longer considered minors and will have to continue to wait at refugee camps in Nigeria and Egypt indefinitely.

Bethany Christian Services has also had to notify families that the relatives they were expecting to arrive this month need to continue to wait.

"To consistently call and say your family member who you thought you were going to be reunified with isn't coming, it's difficult," said Nate Bult, vice president of public and government affairs at Bethany Christian Services. "When you get that phone call once, twice, three times, the refugees we're working with are concerned it may never happen."

The cancellations are also particularly troubling for refugees whose medical exams or security checks are on the cusp of expiring.

Danielle Grigsby, interim director of Refugee Council USA, a coalition of 24 nongovernmental agencies focused on refugee protection, noted that while a pause on refugee admissions is expected at the start of the fiscal year, the recent moratorium extensions are "unprecedented."

"We are systematically re-traumatizing people who have already been through a significant amount of trauma. It's unconscionable," Grigsby said.

Refugee admissions to the United States have previously been suspended. In 2017, Trump put a temporary freeze on admissions to review the refugee vetting process. And after the 9/11 attacks, the Bush administration briefly suspended admissions "while a comprehensive review of procedures was undertaken."