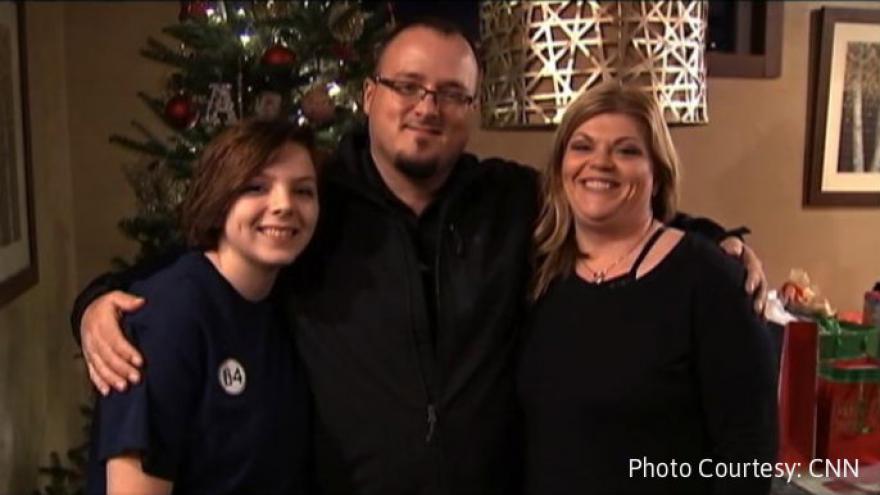 First, Crystal Travis helped a family escape a house fire on Christmas Eve in Cleveland County, North Carolina. Then, later in the afternoon, her husband Roger Travis performed CPR on a baby on the side of road.

You could call it a Christmas miracle. As far the couple is concerned, they simply reacted to what was happening in front of them.

"I was the right person at the right time for that person in need," Roger Travis told CNN.

The harrowing day began when Crystal and her 14-year-old daughter Tori were driving home from visiting a relative.

Crystal insists the situation is "not as sensational as everyone says -- we just stopped to help when we saw fire."

Crystal saw flames coming from a house but could not tell if something was burning in front of the house or if the house itself was on fire, she said.

She said she cut across yards to reach the house. As she drove onto the lawn, a woman ran out of the house clutching a baby and handed it to a neighbor, she said. Realizing what was going on, Crystal said she and her daughter jumped out of the car and into action, calling out to ask if anyone needed help.

Meanwhile, a man appeared at the door and began throwing clothing and gifts onto the lawn, she said. Crystal and Tori gathered the items and carried them to safety to keep the path clear. Then, propane tanks exploded, shaking the ground and sending everyone running away from the house, Crystal said.

Crystal called 911 and waited for firefighters and first responders to arrive. CNN reached out to Cleveland County officials for comment but has not yet heard back.

As the two left the scene, coughing and wheezing from smoke inhalation, Tori called her father to share what happened. They decided to meet Roger Travis at Applebee's.

On his way to Applebee's, Roger Travis said he saw a car in the median in front of the mall. A former volunteer firefighter and first responder in Cleveland and Catawba counties, his instincts kicked in and he pulled over.

He saw a baby on the ground surrounded by people asking if anyone knew CPR, he said. The little boy was not breathing and a woman who appeared to be the mother was panicked, he told CNN.

Roger pushed past the crowd and helped a firefighter administer CPR. They kept working until the baby started breathing and making noises, he said.

The mother thanked Roger as the baby was brought to the ambulance. "I told her the best thing she can do right now is to get in the car with that baby."

Like his wife, Roger resists being called a hero.

"A hero puts themselves in harm's way, sacrifices their life for someone else," he said. "I'm just doing what I was trained to do."