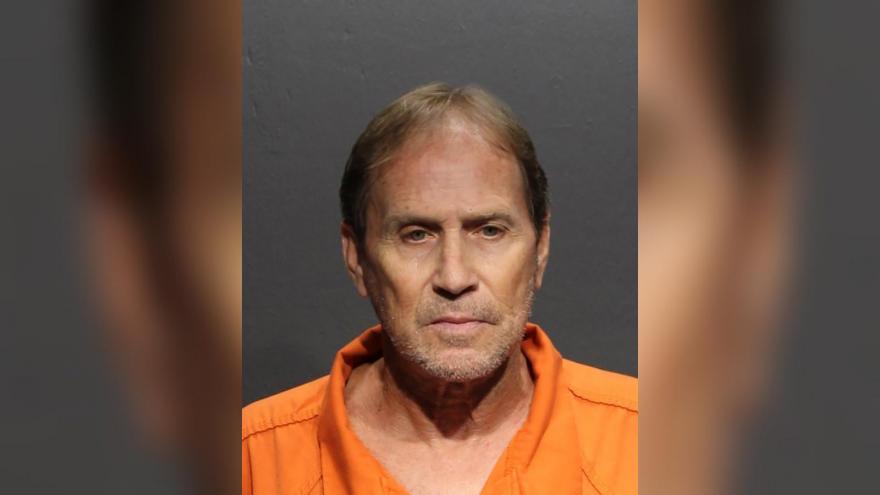 Authorities arrested a North Carolina man after he allegedly called and threatened to set on fire a predominantly black church with ties to a peaceful demonstration over the death of George Floyd.

(CNN) -- Authorities arrested a North Carolina man after he allegedly called and threatened to set on fire a predominantly black church with ties to a peaceful demonstration over the death of George Floyd.

"You (racial slur) need to shut up," John Malcolm Bareswill told church members Sunday morning before threatening to burn the church in a call that was put on speakerphone and overheard by two adult parishioners and several children, according to prosecutors.

A minister at the Virginia Beach, Virginia, church, which is not named, had participated in a prayer vigil and peaceful demonstration days earlier that marked Floyd's death, court documents say.

Bareswill, 63, of Catawba, North Carolina, is charged with making a telephonic threat to use fire to kill, injure or intimidate any individual or to unlawfully damage or destroy a building.

He made an initial appearance in Virginia federal court Friday afternoon and is now in custody, Joshua Stueve, a spokesman for the Eastern District of Virginia, told CNN. Bareswill is "scheduled for preliminary and detention hearings on June 17," Stueve added.

CNN was unable to immediately reach Bareswill for comment. The Eastern District of Virginia was unable to confirm whether he had secured an attorney.

According to prosecutors, Bareswill initially stated that he had not made a phone call to any religious institution on Sunday, claiming to have been asleep, but investigators obtained records of an outgoing call from his cell phone to the church on Sunday morning. They also found recent internet search queries including "Who said all whites are racist," "Black Lives Matter protest held in Virginia," "Who organized the protests from mount trashmore to town center" and information about multiple nearby predominantly African American religious institutions, including that church.

Last week, "a leader of the church was one of several ministers who took part in a prayer vigil and peaceful demonstration, which included a moment of silence for George Floyd, in the Mount Trashmore area of Virginia Beach," according to court documents. The death of Floyd, a black man who died last month in Minneapolis police custody, has prompted protests nationwide over police brutality and racial inequality.

According to court documents, a church member reported the alleged call by Bareswill to the City of Virginia Beach Police Department, which in turn informed the FBI, which opened the investigation into the incident on Monday.

If convicted, Bareswill faces up to 10 years in prison, according to the Justice Department.