North Korea decries breakdown of talks US says were 'good' 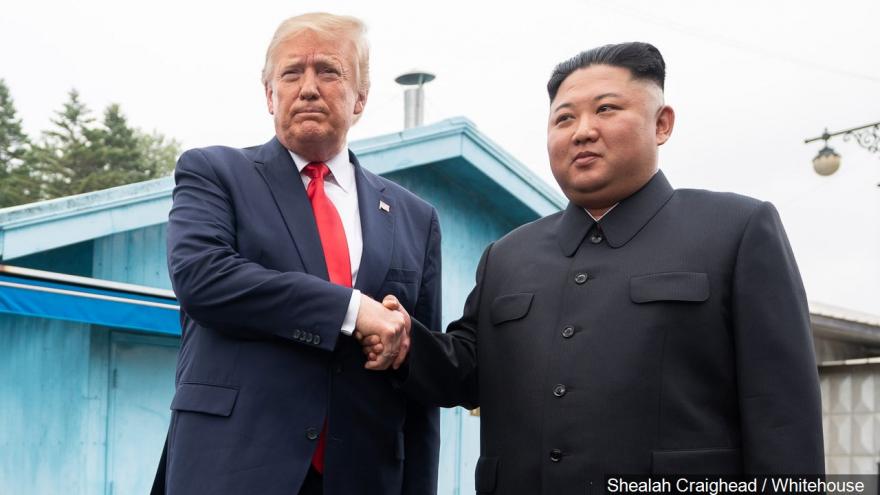 HELSINKI (AP) — North Korea's chief negotiator said Saturday that discussions with the U.S. on Pyongyang's nuclear program have broken down, but Washington said the two sides had "good discussions" that it intends to build on in two weeks.

The North Korean negotiator, Kim Miyong Gil, said the talks in Stockholm had "not fulfilled our expectations and broke down. I am very displeased about it." Speaking outside the North Korean Embassy, he read a statement in Korean that a translator next to him read in English.

Kim said negotiations broke down "entirely because the U.S. has not discarded its old stance and attitude."

Saturday's talks were the first between the U.S. and North Korea since the February breakdown of the second summit between President Donald Trump and Kim Jong Un in Vietnam.

North Korea has since resumed missile tests, including an underwater-launched missile that fell inside Japan's exclusive economic zone Wednesday.

State Department spokesperson Morgan Ortagus said Kim's comments did "not reflect the content or the spirit" of the "good discussions" that took place over eight-and-a-half hours, adding that the U.S. accepted an invitation from Sweden to return to Stockholm in two weeks to continue discussions.

In a statement, Ortagus said the U.S. delegation "previewed a number of new initiatives that would allow us to make progress in each of the four pillars" of a joint statement issued after Trump and Kim's first summit in Singapore.

"The United States and the DPRK will not overcome a legacy of 70 years of war and hostility on the Korean Peninsula through the course of a single Saturday," Ortagus said

Talks were held at the Villa Elfvik Strand conference facility in Lidingo, an island in the Stockholm archipelago located northeast of the capital, Swedish news agency TT said. It added that Kim Miyong Gil arrived on Thursday while U.S. Special Representative for North Korea Stephen Biegun came on Friday.

Because the U.S. does not have official diplomatic relations with North Korea, Sweden has often acted as a bridge between Washington and Pyongyang.