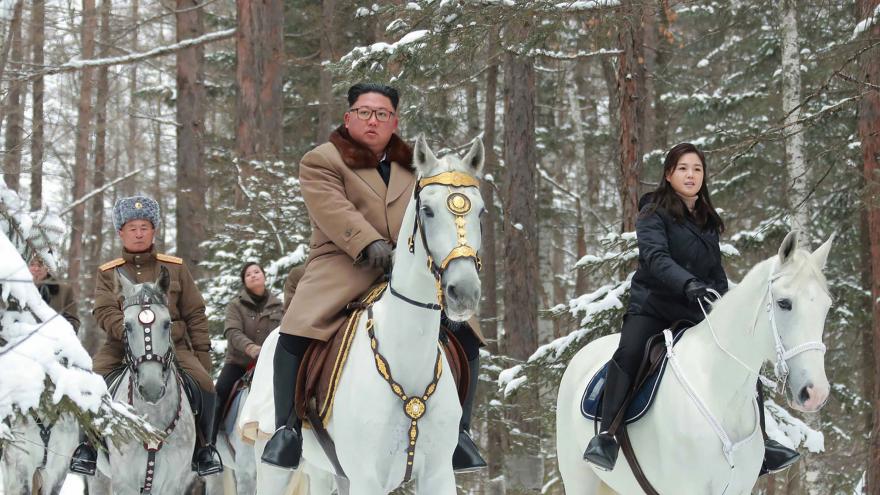 It was not immediately clear what was tested, but the Korean Central News Agency (KCNA) reported that the test would bolster North Korea's "reliable strategic nuclear deterrent."

In a statement provided to CNN, South Korea's Ministry of Defense said it was working with United States intelligence agencies to monitor activity in areas of interest, but was unable to "confirm specifics."

The White House has seen reports of the test and is "coordinating closely" with Korean and Japanese allies, a senior US administration official confirmed to CNN.

US Special Representative for North Korea Stephen Biegun is already scheduled to be in the region and is traveling there this weekend to meet with his counterparts in both South Korea and Japan. The official said the recent reports of tests will not change Biegun's travel plans.

News of the test follows a similar launch on December 7 that was labeled by North Korea as "very important."

KCNA said in a report Saturday that "the research successes" will be "applied to further bolstering up the reliable strategic nuclear deterrent of the Democratic People's Republic of Korea."

Earlier this month, North Korea warned it would send the US a "Christmas gift," the contents of which would depend on the outcome of ongoing talks between Washington and Pyongyang.

In 2017, North Korea referred to its first test launch of an intercontinental ballistic missile (ICBM) as a "gift" for the US on the Fourth of July holiday. That launch sparked what became a tense, months-long standoff between the two sides.

North Korea's ambassador to the United Nations said last week that denuclearization was off the table in negotiations with the US, which he claimed had been a "time-saving trick" to benefit a "domestic political agenda."

The commercial satellite imagery, which was captured by Planet Labs, showed new activity at Sohae Satellite Launching Station and the presence of a large shipping container at the facility's engine test stand, according Jeffrey Lewis, director of the East Asia Nonproliferation Program at the Middlebury Institute, which works in partnership with the imaging company.

While engine tests are considered to be less provocative than those involving missiles or satellites, Lewis said that the activity at Sohae is a significant development and a step toward weapons launches of a more threatening nature.

The uptick in weapons testing comes amid increasing friction between North Korea and its main adversaries, South Korea and the United States. Nuclear negotiations between Washington and Pyongyang have been at an impasse for weeks, and North Korea recently stated it is no longer interested in holding talks with the US.