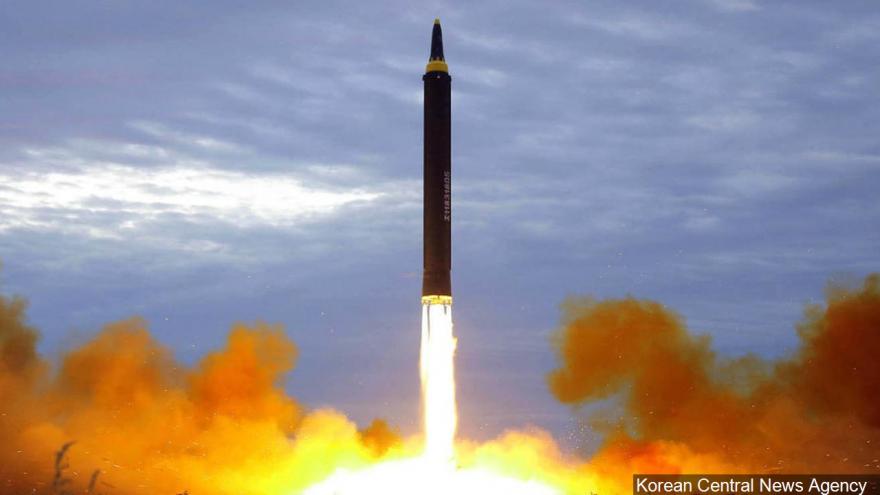 The warning by Pyongyang's Foreign Ministry followed the weekend breakdown of North Korea-U.S. nuclear negotiations in Sweden, the first such talks between the countries in more than seven months. North Korea said the talks collapsed because the U.S. didn't have any new proposals, and whether it maintains its moratorium on major weapons tests was up to Washington.

Some observers say North Korea's threat may be a tactic to pressure the U.S. into making concessions as restarting nuclear and long-range missile tests would likely derail negotiations, deepen its international isolation and further dim prospects for rebuilding its moribund economy.

A ministry statement took issue with condemnation Tuesday by the European members of the U.N. Security Council of North Korea's recent ballistic missile and other weapons tests, including its first underwater-launched missile launch in three years on Oct. 2. North Korea said the tests are of the self-defense nature and accused the U.S. of being behind the European condemnation.

The statement said the condemnation is particularly a "grave provocation to us" because the Security Council didn't act on the Oct. 2 U.S. test of an unarmed Minuteman 3 intercontinental ballistic missile, which it said was apparently designed to apply pressure on North Korea. A U.S. Air Force Global Strike Command statement said that such tests demonstrate the capability of the intercontinental ballistic missile system and are not a response to world events or regional tensions.

North Korea said it can make a response "on the same level" but is refraining from doing that because it's still unnecessary or premature to do so.

But the statement said that "our patience has a limit" and the European condemnation is pushing North Korea to reconsider whether to maintain the disarmament steps it has taken to build confidence with the U.S.

U.S.-led diplomacy aimed at stripping North Korea of its nuclear program had been stalemated since the second summit between President Donald Trump and North Korean leader Kim Jong Un in Vietnam in February ended without any agreement. That summit fell apart because of Trump's rejection of Kim's demands for major sanctions relief in return for a limited de-nuclearization step.