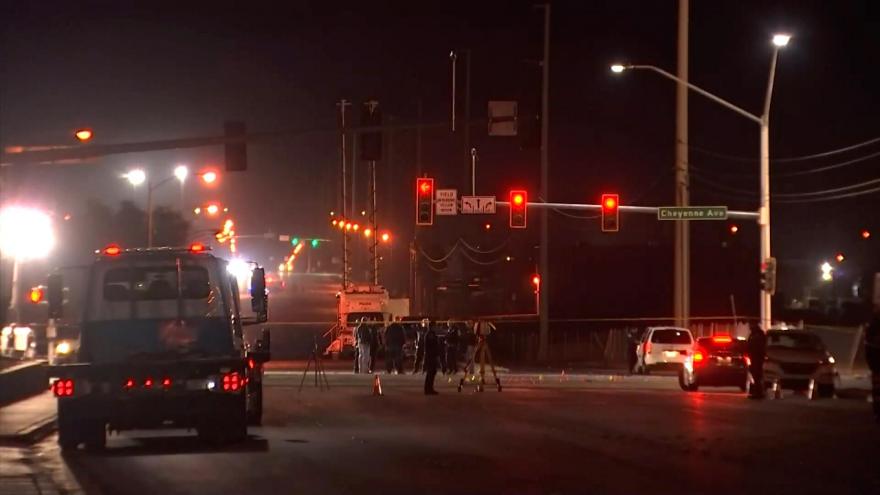 They are among 15 people involved in the crash Saturday afternoon, according to Alex Cuevas, spokesperson for North Las Vegas Police.

A Dodge Challenger was traveling at high speed and ran a red light, hitting several vehicles and causing a "chaotic event," Cuevas said. A total of six vehicles were involved.

One of the first vehicles hit was a Toyota Sienna van carrying three adults and four children, all of whom died in the crash, Gravatt said.

The driver and passenger in the Challenger were also killed, Gravatt said.

Speed is in the only known contributing factor for the crash, Gravatt said, noting investigators will also look at other details, including reports from the coroner's office.

The National Transportation Safety Board is sending a team to North Las Vegas to assist with the investigation.

Calling the incident "an unprecedented loss of life," North Las Vegas Mayor John Lee said the grieving process will take a long time for both the families and the community.

"Our thoughts and our prayers are with the families who are experiencing a tremendous and unnecessary loss due to a careless and senseless act," North Las Vegas Councilwoman Pamela Goynes-Brown said during a news conference Saturday.