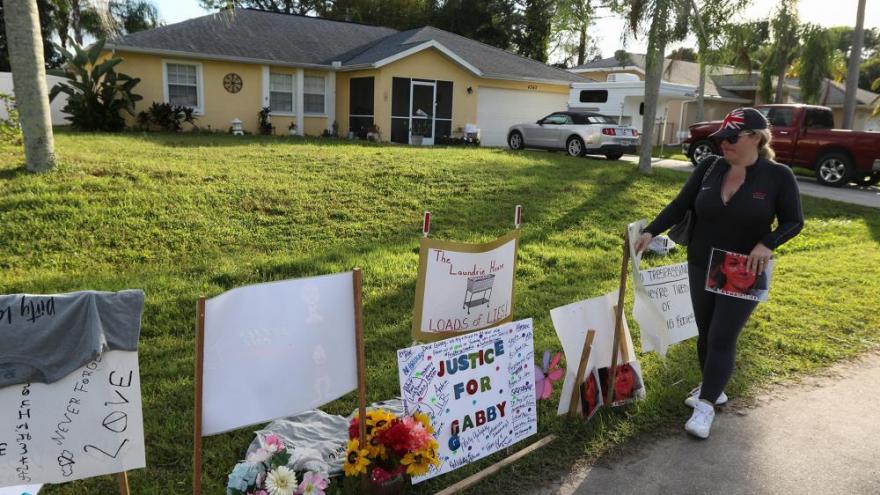 The North Port Police Department confirmed on October 28 that the Gabby Petito memorial set up in front of the Laundrie family property has been taken down by city officials.

(CNN) -- The North Port Police Department confirmed Thursday that the Gabby Petito memorial set up in front of the Laundrie family property has been taken down by city officials.

According to Joshua Taylor, public information officer for the North Port Police Department, the memorial was removed Wednesday evening ahead of expected extreme weather.

"Ahead of severe weather, the City of North Port has received several complaints about signs located on (redacted) Avenue. Per City Sign Code and storm water code, these signs are in violation and are not allowed in the road right-of-way," Taylor said in an email to CNN Thursday.

The FBI's Denver office said last week that remains found in a Florida nature reserve were those of Brian Laundrie, who disappeared last month just days after his fiancée Gabby Petito was reported missing.

An attorney for the Laundrie family confirmed the removal of the memorial as well.

"It is my understanding that North Port Code Enforcement removed all items from the front lawn on their own accord," Steven Bertolino told CNN Thursday.