Northeast cities are nearing their least amount of snow days ever 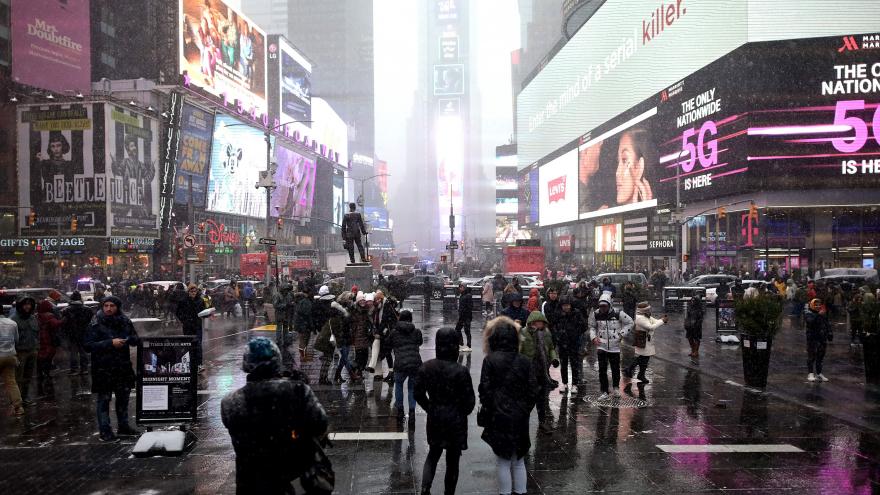 (CNN) -- Some Eastern US cities are coming off the least snowy February on record.

Not one of those cities reported measurable -- 0.01 inch or higher -- snowfall for the entire month of February.

February was not the only month without the white fluffy stuff covering the ground.

For some cities, they have had below-average snowfall for the few months leading up Groundhog Day.

Philly, for example, has received a total of 0.3 inches of snow this snowfall season (snowfall season is defined as starting July 1-June 30 of the next year).

They only had measurable snow on two days. That ties for second place for the least amount of snow days in a snowfall season. The record is zero, set back in 2001-2002.

Boston was very much the same -- picking up only 11 total days of measurable snowfall, tying 1979-1980 season for the least amount of days.

Even more recently, Boston, since January 1, has only had 3.6 inches total -- the least amount of snow ever for the city for the January to March time period. The previous record was 3.9 inches, all the way back in 1937.

Of course, the season isn't over and these numbers could change.

It is definitely possible that these places could get snow, but Boston only averages 1.1 inches of snow in April. Residents have had 15.1 inches so far this snowfall season. So even if they added that extra 1.1 inches, they would still be nowhere near their seasonal normal of 37.7 inches.