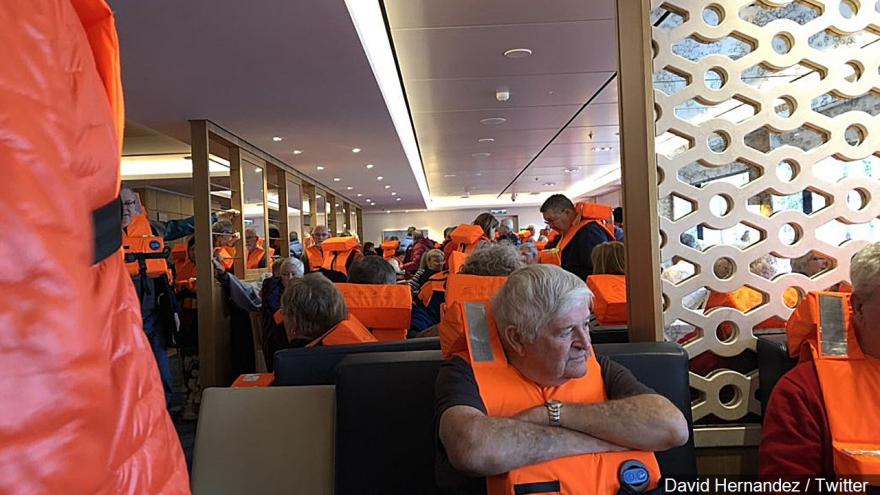 Passengers aboard the cruise ship Viking Sky awaiting for evacuation

COPENHAGEN, Denmark (AP) — Norwegian officials have opened an investigation into why a cruise ship carrying more than 1,300 people set sail despite storm warnings, forcing a major evacuation after a mayday call had been issued.

Dag S. Liseth of Norway's Accident Investigations Board says, "the high risk which the ship, its passengers and crew were exposed to made us decide to investigate the incident."

The Viking Sky is now docked in the port city of Molde, which it eventually managed to reach on its own engines after a daring rescue operation in which 479 passengers were airlifted to land.

The ship was on a 12-day cruise along Norway's coast with mostly English-speaking passengers.