Not exercising worse for your health than smoking, diabetes and heart disease, study reveals 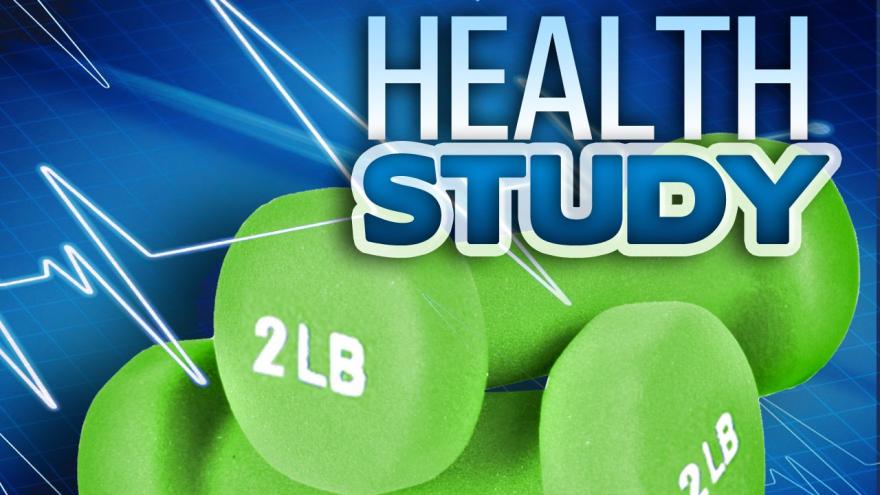 (CNN) -- We've all heard exercise helps you live longer. But a new study goes one step further, finding that a sedentary lifestyle is worse for your health than smoking, diabetes and heart disease.

Dr. Wael Jaber, a cardiologist at the Cleveland Clinic and senior author of the study, called the results "extremely surprising."

"Being unfit on a treadmill or in an exercise stress test has a worse prognosis, as far as death, than being hypertensive, being diabetic or being a current smoker," Jaber told CNN. "We've never seen something as pronounced as this and as objective as this."

Jaber said researchers must now convey the risks to the general population that "being unfit should be considered as strong of a risk factor as hypertension, diabetes and smoking -- if not stronger than all of them."

"It should be treated almost as a disease that has a prescription, which is called exercise," he said.

Researchers retrospectively studied 122,007 patients who underwent exercise treadmill testing at Cleveland Clinic between January 1, 1991 and December 31, 2014 to measure all-cause mortality relating to the benefits of exercise and fitness. Those with the lowest exercise rate accounted for 12% of the participants.

The study was published Friday in the journal JAMA Network Open.

"Cardiovascular disease and diabetes are the most expensive diseases in the United States. We spend more than $200 billion per year treating these diseases and their complications. Rather than pay huge sums for disease treatment, we should be encouraging our patients and communities to be active and exercise daily," said Dr. Jordan Metzl, sports medicine physician at the Hospital for Special Surgery and author of the book "The Exercise Cure."

Jaber said the other big revelation from the research is that fitness leads to longer life, with no limit to the benefit of aerobic exercise. Researchers have always been concerned that "ultra" exercisers might be at a higher risk of death, but the study found that not to be the case.

"There is no level of exercise or fitness that exposes you to risk," he said. "We can see from the study that the ultra-fit still have lower mortality."

"In this study, the most fit individuals did the best," said Metzl, who was not involved in the study. "Once cleared by their physicians, patients shouldn't be afraid of exercise intensity."

The benefits of exercise were seen across all ages and in both men and women, "probably a little more pronounced in females," Jaber said. "Whether you're in your 40s or your 80s, you will benefit in the same way."

The risks, he said, became more shocking when comparing those who don't exercise much. "We all know that a sedentary lifestyle or being unfit has some risk. But I'm surprised they overwhelm even the risk factors as strong as smoking, diabetes or even end-stage disease."

"People who do not perform very well on a treadmill test," Jaber said, "have almost double the risk of people with kidney failure on dialysis."

What made the study so unique, beyond the sheer number of people studied, he said was that researchers weren't relying on patients self-reporting their exercise. "This is not the patients telling us what they do," Jaber said. "This is us testing them and figuring out objectively the real measure of what they do."

Comparing those with a sedentary lifestyle to the top exercise performers, he said, the risk associated with death is "500% higher."

"If you compare the risk of sitting versus the highest performing on the exercise test, the risk is about three times higher than smoking," Jaber explained.

Comparing somebody who doesn't exercise much to somebody who exercises regularly, he said, still showed a risk 390% higher. "There actually is no ceiling for the benefit of exercise," he said. ""There's no age limit that doesn't benefit from being physically fit."

Dr. Satjit Bhusri, a cardiologist at Lenox Hill Hospital, who was not involved in the study, said this reinforces what we know. "Sedentary, Western lifestyles have lead to a higher incidence in heart disease and this shows that it's modifiable. It's reversible," he explained, adding that doctors are really good at treating patients who have had cardiovascular events but they can be prevented. "We're meant to walk, run, exercise. It's all about getting up and moving."

For patients, especially those who live a sedentary lifestyle, Jaber said, "You should demand a prescription from your doctor for exercise."