Notre Dame will be closed up to six years following fire 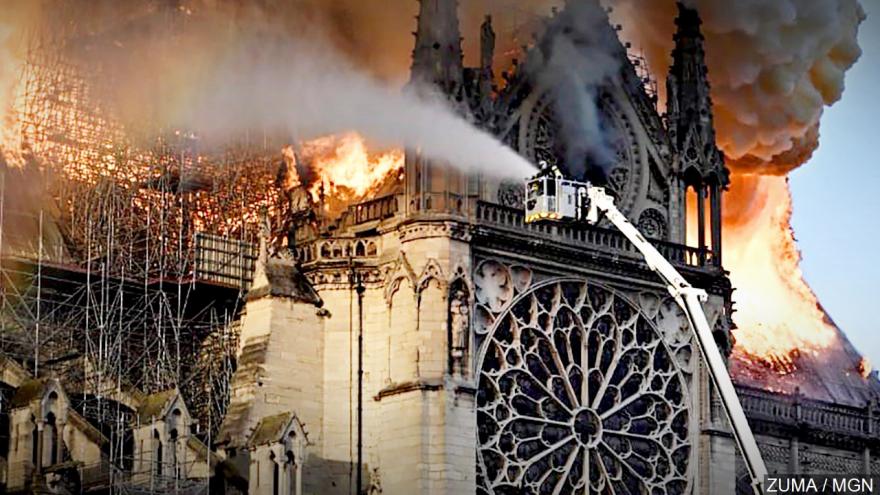 PARIS (AP) -- Notre Dame's rector says he will close the burned-out Paris cathedral for up to six years.

Bishop Patrick Chauvet acknowledged that the famed monument would close down for "five to six years" as he spoke with local business owners Wednesday, two days after a blaze torched the roof of the cathedral and brought down its spire.

Chauvet said "a segment of the cathedral has been very weakened" by the devastating fire.

He did not elaborate which section he was talking about. He added it was unclear what the church's 67 employees would be doing in the future.

The French prime minister has announced an international architects' competition to rebuild the spire of Notre Dame Cathedral.

Edouard Philippe is speaking following a special Cabinet meeting Wednesday held by French President Emmanuel Macron, focusing on the reconstruction of the cathedral.

Philippe said the competition aims at "giving Notre Dame a spire adapted to technologies and challenges of our times." He said authorities have no estimate yet of the total cost of the renovation work. Macron said Tuesday he wants the cathedral to be rebuilt in five years.

Philippe said: "This is obviously a huge challenge, a historic responsibility."