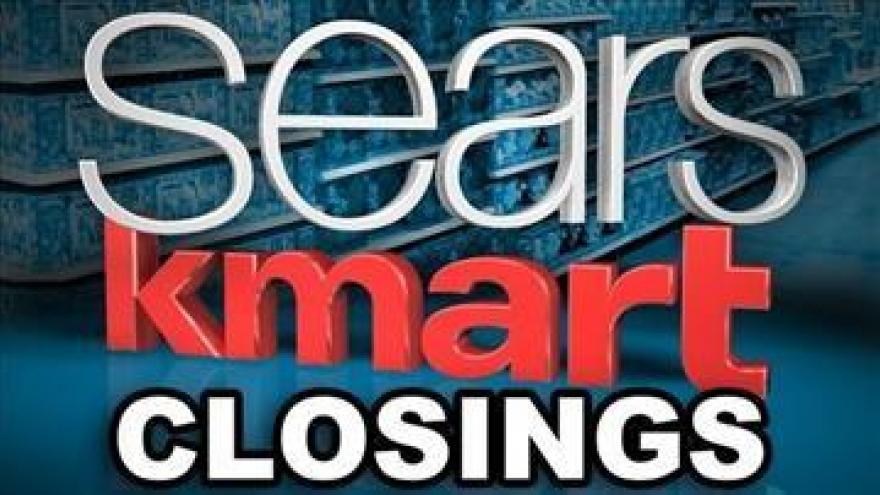 (CNN Money) -- It's closing time for another 39 Sears locations and 64 Kmart stores.

Sears Holdings, which owns both Sears and Kmart, made the announcement Thursday, building on months of similar closings aimed at getting the company on solid financial footing.

The company said in a press release that "eligible associates impacted by these store closures will receive severance and will have the opportunity to apply for open positions at area Kmart or Sears stores."

A spokesperson for Sears Holdings declined to say how many employees will be affected by the closings.

The decline of Sears Holdings has been swift in recent years.

But with the rise of e-commerce, Sears and other traditional brick-and-mortar retailers have struggled to keep pace with digital darlings like Amazon.

Sears Canada filed for bankruptcy last year, and is in the process of shuttering its business entirely. And by the end of October 2017, Sears Holdings had just over 1,000 stores left in the U.S.

The company said the closures are part of an ongoing effort to "right size" its store footprint.

"[A]s previously announced, we will continue to close some unprofitable stores as we transform our business model so that our physical store footprint and our digital capabilities match the needs and preferences of our members," Sears Holdings said in a statement Thursday.