Now you can order Alexa to forget what you just said 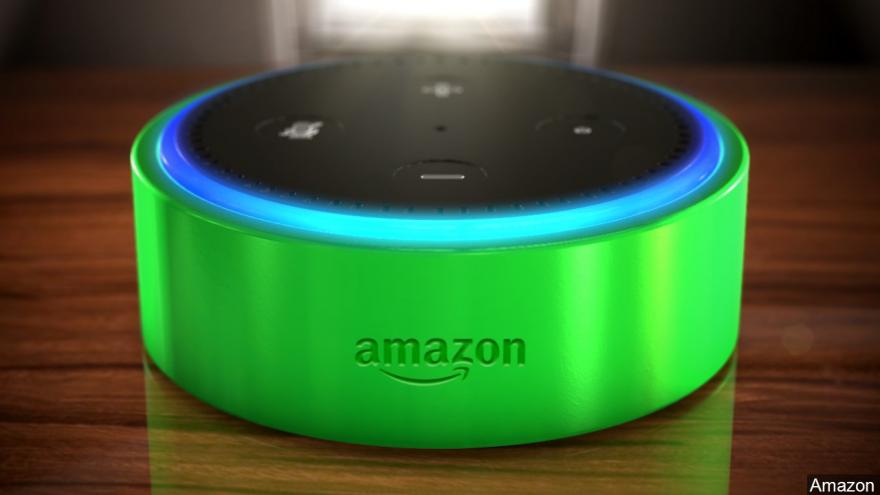 (CNN) -- Alexa users can now order the voice-controlled assistant to forget what it's heard.

Amazon's new feature could help people worried about their smart speaker collecting too much information.

The commands are part of a broader push toward privacy. The company also announced a $90 Echo Show 5 smart-screen device which comes with a physical cover for its front-facing camera.

Earlier this month, a group of US senators and 19 consumer and public health advocates urged the Federal Trade Commission to investigate whether Amazon's Echo Dot Kids Edition is in violation of the Children's Online Privacy Protection Act. They alleged it doesn't follow the law's parental-consent requirement and allow parents to adequately delete their kids' information (an Amazon spokesperson told CNN Business that the device is COPPA compliant).

In April, Bloomberg reported that Amazon workers listen to audio clips to help the company improve Alexa's understanding of speech.

But the online retailer clearly wants people to feel comfortable placing Alexa-enabled gadgets all over the house. One of the marketing images for the Echo Show 5 shows it perched on a bedside table next to jewelry and a family photo. Amazon is the leader in the fast-growing smart speaker market, according to data from market-research firm Canalys — ahead of competitors such as Google and Apple, which have touted the various privacy features in their own competing devices.

The camera cover on the Echo Show 5 is a first for one of Amazon's Alexa devices. Users can slide it over the camera and allow the device to continue listening for the wake word, "Alexa." As with existing Echo Show devices, a button electrically disconnects the microphone and camera.

Amazon also announced on Wednesday that in an effort to make it easier for users to do things such as delete spoken commands and see privacy settings, it is grouping Alexa privacy settings online into an Alexa Privacy Hub. Privacy controls will also remain available within Amazon's Alexa apps.