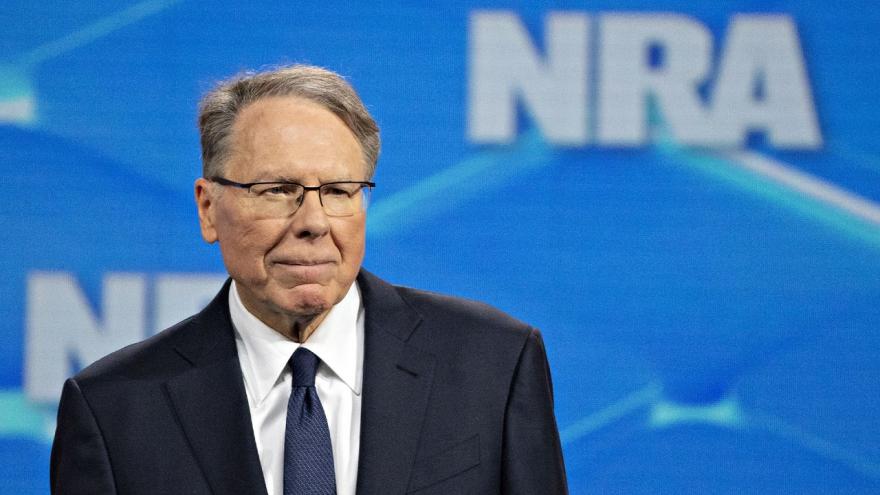 (CNN) -- The National Rifle Association of America, the nation's foremost gun lobby, has filed for voluntary bankruptcy, according court documents filed Friday in the Northern District of Texas.

The group plans to leave New York State, where it was founded in 1871, and reincorporate as a Texas nonprofit in a move it is calling "Project Freedom," according to a statement published Friday.

The Chapter 11 announcement follows leadership shakeups and allegations of financial mismanagement at the NRA in recent years.

James alleged that current and former NRA leadership "instituted a culture of self-dealing mismanagement" that benefitted themselves, family, friends and favored vendors, leading the organization to lose more than $63 million in three years.

In response, the NRA filed a countersuit alleging the attorney general was hampering the group's First Amendment rights.

She added, "while we review this filing, we will not allow the NRA to use this or any other tactic to evade accountability and my office's oversight."

The NRA said Friday it is in its "strongest financial condition in years," but the restructuring will help to "streamline costs and expenses." In a Q&A published to its website, the group said it is not admitting to mismanaging donor funds, and that it does not expect any impacts to NRA programming. The group's headquarters currently remain in Fairfax, Virginia.

"This strategic plan represents a pathway to opportunity, growth and progress," Wayne LaPierre, the NRA's CEO and executive vice president, said in a statement. "The NRA is pursuing reincorporating in a state that values the contributions of the NRA, celebrates our law-abiding members, and will join us as a partner in upholding constitutional freedom."