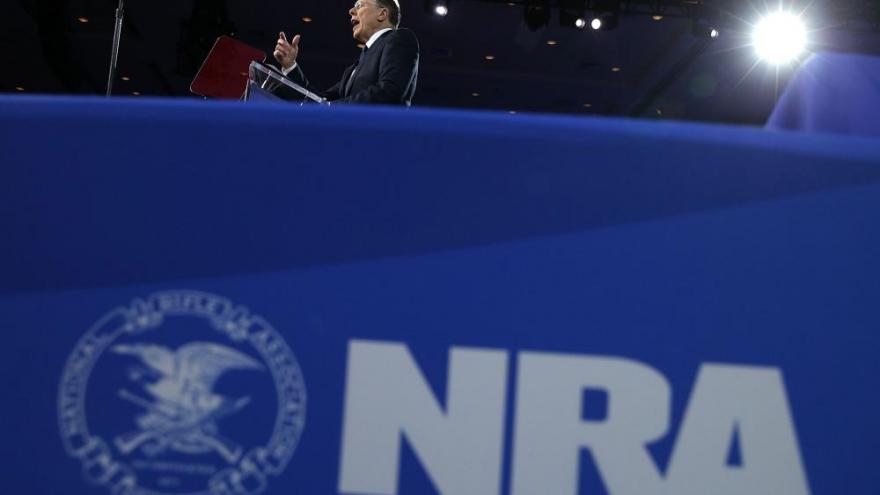 National Rifle Association head Wayne LaPierre sent an encouraging email to approximately 5 million members May 19 assuring them the organization remains "strong and secure" despite their recently dismissed petition for bankruptcy in Texas.

LaPierre writes that although the "case for reorganization was dismissed," the decision has no impact on staffing, programs or advocacy -- nor on the divisions and affiliates associated with the gun rights groups, according to a copy of the letter posted on its official website.

The letter looks to project strength for the NRA at a time of uncertainty regarding the organization's future and questions about the conduct of its leadership.

New York Attorney General Letitia James' office has sued to dissolve the NRA for allegedly misusing charitable funds. The office intervened in the bankruptcy case and asked to dismiss the petition, saying the NRA's decision to file for bankruptcy in Texas and request to be reincorporated there was a way to "remove the NRA from regulatory oversight."

But LaPierre tells his members that James and others aligned against the NRA "were unsuccessful in their effort to derail us." He notes the bankruptcy petition was dismissed without prejudice, meaning it could be filed again, and that "there was no financial watchdog (an examiner) appointed, as sought by some."

He also writes that a few days after the initial dismissal of the bankruptcy claim in mid May, "the judge clarified that he did not hold that the NRA reorganization filing was in 'bad faith.'"

"Those outcomes are far from the 'doom and gloom' predicted by the so-called experts, many in the far-left media, and gun control advocates," LaPierre writes.

"Don't believe everything you read in the newspaper: we are not going anywhere."

He continues to lay out the fight ahead against James, whom he says "wants to close our doors."

Calling her pursuit a "gross weaponization of legal and regulatory power" according to legal experts and constitutional scholars, LaPierre vows "to continue the fight for freedom."

CNN has reached out to James' office for comment.

James' office has alleged the organization violated New York laws governing nonprofits by routinely going around the organization's internal controls to take part in spending that was "inappropriate and wasteful use of charitable assets."

A lawsuit alleges that NRA leadership used millions from the group's reserves to fund lavish trips on private jets, meals and other personal expenses and that money was diverted to benefit NRA insiders and favored vendors, that LaPierre handpicked associates to "facilitate his misuse of charitable assets" and that the NRA board did not follow an appropriate process to determine "reasonable" compensation for NRA executives, including LaPierre.

In Wednesday's letter, LaPierre writes that the NRA is "committed to good governance" and that it "complies with board policies and accounting controls, displaced 'insiders' who abused the Association, and accepted reimbursements for costs voluntarily determined to be excess benefits."