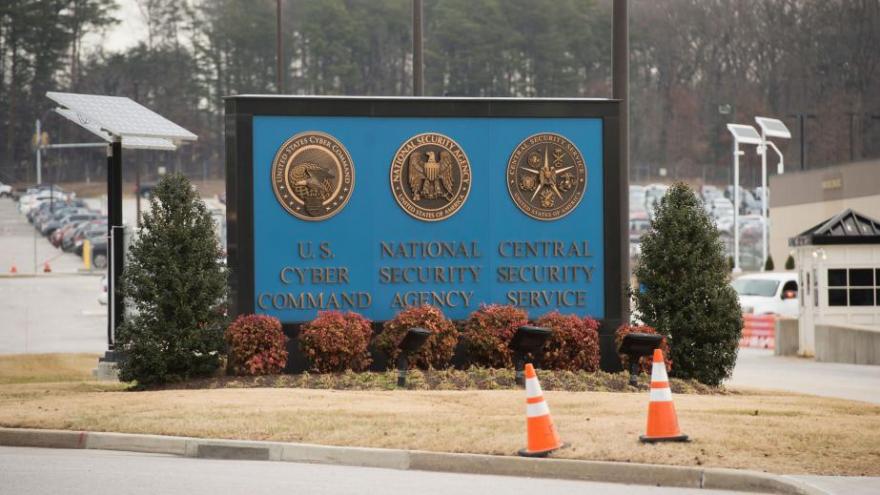 A sign for the National Security Agency, US Cyber Command and Central Security Service, is seen near the visitor's entrance to the headquarters in Fort Meade, Maryland.

Section 702 of the Foreign Intelligence Surveillance Act allows the US government to collect communications, such as emails and phone records, of foreigners on foreign soil without warrants. But while it broadly prohibits the intelligence community and law enforcement from targeting US persons, there is a loophole that allows the NSA and the CIA to query 702-gathered information for Americans' records if "a query is reasonably likely to return foreign intelligence information."

Still, those searches are governed by a set of internal rules and procedures designed to protect Americans' privacy and civil liberties.

The inspector general "revealed a number of concerns involving [U.S. person] identifiers used as query terms against FISA Section 702 data," according to the report.

Investigators found that at least some NSA queries for US person "selectors," or search terms, "did not always follow NSA procedural and policy requirements," according to the report. Selector information was not consistently documented, as is required, the report found. And an NSA query tool did not automatically prevent certain queries containing selectors known to be associated with an American from processing.

"The NSA remains fully committed to the rigorous and independent oversight provided by the NSA inspector general's office," an NSA spokesman said in a statement to CNN. "NSA continues to employ measures to assist analysts in conducting their work compliantly with civil liberties and privacies protections. As the OIG included in its report, the agency has in place multiple processes to aid in ensuring query compliance."

Privacy and civil liberties advocates argue that the law needs to be changed to require officials to obtain warrants before searching for Americans' communications in the database -- which critics say is a Fourth Amendment violation by the federal government.

The FBI in particular has come under scrutiny for its use of 702-gathered data. A redacted ruling by the Foreign Intelligence Surveillance Court made public in 2021 revealed that between mid-2019 and early 2020, FBI personnel had searched for Americans' emails and other communications without proper justification -- at least the third series of FBI breaches revealed by the court in the past several years.

The NSA inspector general made 13 recommendations to the agency to fix the problems but appeared broadly satisfied with the agency's response. Seven recommendations were completed prior to the issuance of the report, and "the actions planned by management meet the intent of the other recommendations," the report said.