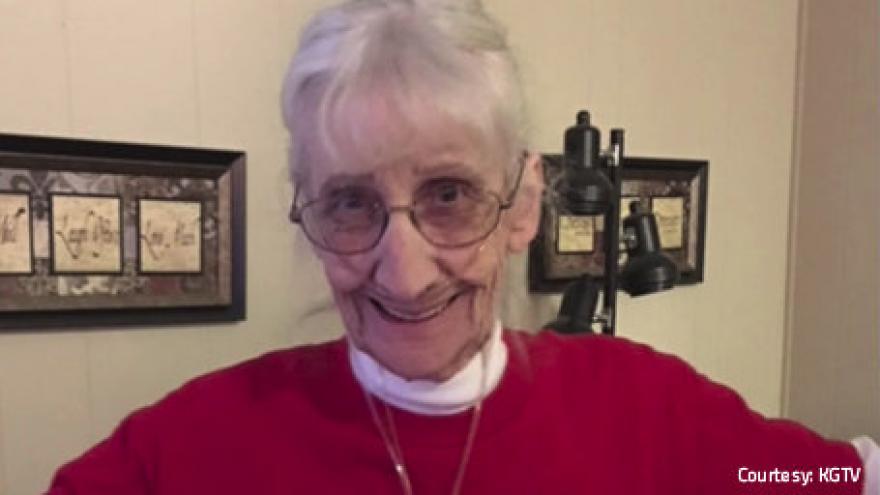 San Diego, California (KGTV) -- A San Diego woman says the body of her deceased mother was temporarily missing, and a local nursing home is to blame. Sherri Sladwick tells us her late mother, 76-year-old

Linda Sladwick, was eventually found 100 miles away, in San Bernardino.

She tells us her family instructed the nursing home to have the body transferred to Dignity Memorial Mortuary in El Cajon.

“It’s one block away. You can see it from where her mother was [staying in the nursing home],” says Kathy.

Sherri and Kathy tell us they came to Dignity Memorial Mortuary a few hours after telling the nursing home to transfer her body there. Kathy says the couple had been hoping to make arrangements but the process was suddenly put on hold when the funeral arranger said they had not received Linda’s body.

The couple tells us the body was then missing for several hours.

Meanwhile, they say the nursing home and mortuary spent all day calling about a dozen surrounding mortuaries in the hopes of getting answers. They tell us it wasn't until that night that Linda’s body was discovered far away in San Bernardino.

Neither facility was ever requested by the couple, they tell us.

The couple says they requested for the nursing home to have the body delivered to Dignity Memorial Mortuary in El Cajon.

Victoria Post Acute Care sent 10 News a statement declining to offer specifics about the Sladwick case, citing rules about patient privacy. They denied that any conduct on the part of their facility was negligent.

“They royally messed it up and it was at my expense,” says Sherri. Kathy adds, “If they had not found her, she could have been cremated as a Jane Doe.”

Sladwick’s body was returned to San Diego the day after she went missing. Her funeral service has not been scheduled.