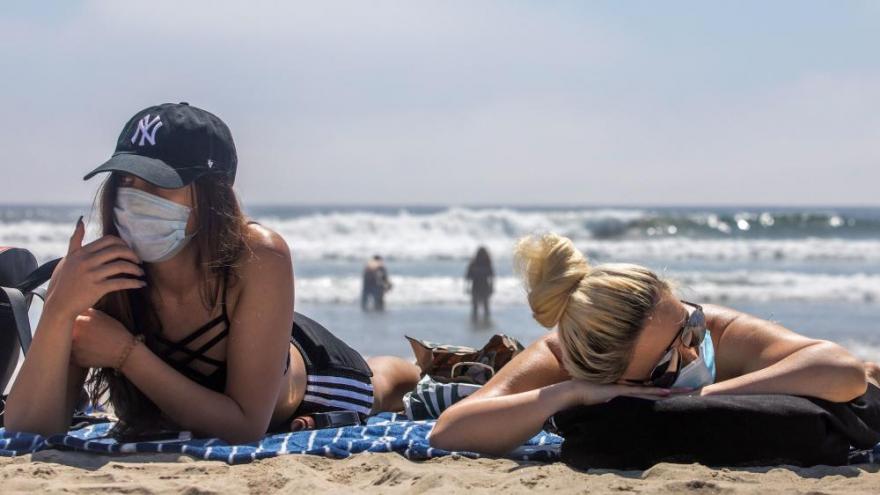 "We have to make sure the virus doesn't come in on a plane," Cuomo said.

"We worked very hard to get the viral transmission rate down, and we don't want to see it go up," he added.

Cuomo said each of New York, New Jersey and Connecticut will be responsible for its own enforcement of the quarantine.

In New York, Cuomo said, those violating the quarantine could be subject to a judicial order and mandatory quarantine, and fines are $2,000 for the first violation, $5,000 for the second violation, and $10,000 if you cause harm.

Cases are under control in tri-state area

The announcement is a 180-degree flip from just a few months ago, when the tri-state area, and New York City in particular, was the epicenter of the pandemic.

Months of strict lockdown rules, widespread testing and imperfect attempts at contact tracing have brought cases under control in the tri-state area and the region. New cases are on the decline this past week compared to the week before in New York, New Jersey and Connecticut.

But now, states in the South and West are seeing what Dr. Anthony Fauci, a member of the White House coronavirus task force, called a "disturbing surge" in cases. As of Wednesday, 26 states reported an increase in cases in the past week compared to the week prior, and that increase has been particularly stark in heavily populated states like California, Texas, Florida and Arizona.

Gov. Murphy of New Jersey said the tri-state area had "broken the back of this virus" with its public health efforts and praised the travel advisory.

Gov. Lamont of Connecticut said they "reluctantly" decided to institute the travel advisory, adding, "the Northeast region is taking this seriously."

"We're not an island and as we look around the rest of the country, you know we have seen, not just spikes, but real community spread," he said.

The interstate travel restrictions are just another consequence of the federal government's inability to create a robust national public health infrastructure. The lack of nationwide rules and effective supply chains has largely left each state on its own and had the effect of pitting them against each other.

Even now, 19 states have no requirements for residents to wear facemasks -- the simplest and cheapest layer of defense against a virus with no vaccine and no widely effective treatment.

Indeed, Gov. Cuomo has openly mocked other states that he said were acting politically rather than scientifically.

"New York went from one of the highest infection rates in the country to one of the lowest because we made decisions based on science -- not politics," he said Tuesday. "We're seeing in other states what happens when you just reopen with no regard for metrics or data. It's bad for public health and for the economy, and states that reopened in a rush are now seeing a boomerang."

As part of its phased reopening, New York required regions to meet certain metrics around testing, contact tracing, and hospital admissions and available beds. New York City, the final region to reopen, moved to the second phase of its reopening on Monday after seeing continued improvement in each metric.

Still, Dr. Richard Besser, former acting director of the US Centers for Disease Control and Prevention, said no state has yet effectively reopened its economy safely.

"We have to figure out how to make that transition in a successful way, or every state that reopens, even those that have done a really good job at tamping this down, are going to see pretty dramatic rises and we're going to end up back to where we were," Besser said.