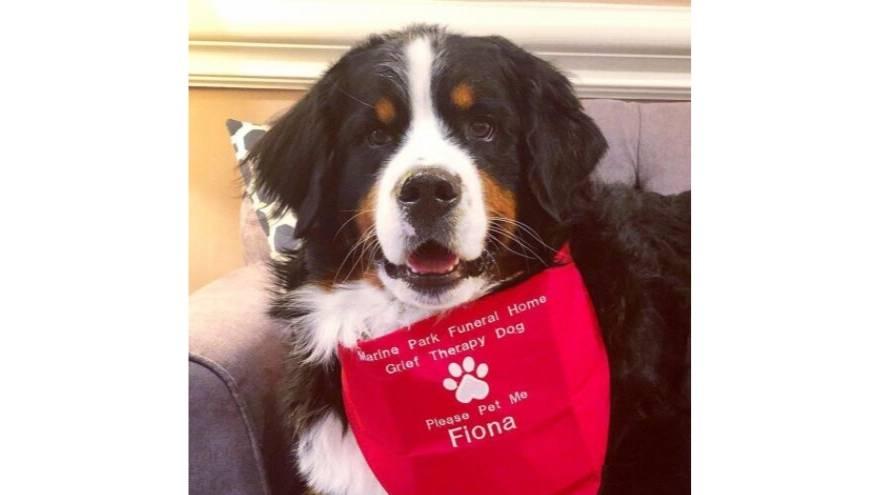 NEW YORK (AP) — Who's a good dog? The American Kennel Club says there are now a million of them.

The club is announcing Wednesday that a Bernese mountain dog named Fiona recently became its 1 millionth "canine good citizen," including dogs past and present.

Fiona and owner Nora Pavone had a special reason for pursuing the club's mark of canine comportment: Fiona spends her days comforting people at the Pavone family's Brooklyn funeral home.

"We wanted her to have proper manners when she's meeting with so many different people ... for her to just be polite and gentle and always in control," Pavone says. "To gently go up to someone and nudge their hand when they just need her to be next to them."

The club introduced the canine good citizen title in 1989 to promote polite doggy behavior and responsible pet ownership. Purebred and mixed-breed dogs are eligible, at any age.

They take a test that involves sitting, staying and coming when called, as well as walking through a crowd, being petted by a handler-approved stranger, and other behaviors.

The designation has been embraced as a prerequisite for some therapy dog trainees, a requirement for canine residents of some apartment buildings , a plus for homeowners' insurance, and a qualification for exemption from breed-based bans or regulations in certain places. Some animal shelters prepare dogs to be "CGC ready" in hopes of attracting adopters.

To Pavone, the good citizen title means funeral home visitors can feel confident her 18-month-old, 100-pound Bernese won't jump up or get overly excited for the sober setting. Fiona passed the test in June, after classes and training at the Doggie Academy in Brooklyn.

Pavone says the sweet-tempered, sensitive dog has brought solace, and some smiles, to grieving families and to staffers in what can be an emotionally draining job. Many more families than Pavone expected have asked to have Fiona with them, including at visitations, she says.

"I love dogs, but I didn't know how it would be perceived in this setting," Pavone says. "But it seems like actually, this would be the place where it would be needed the most."