NYC has gone 58 days without a single pedestrian death, longest since record keeping 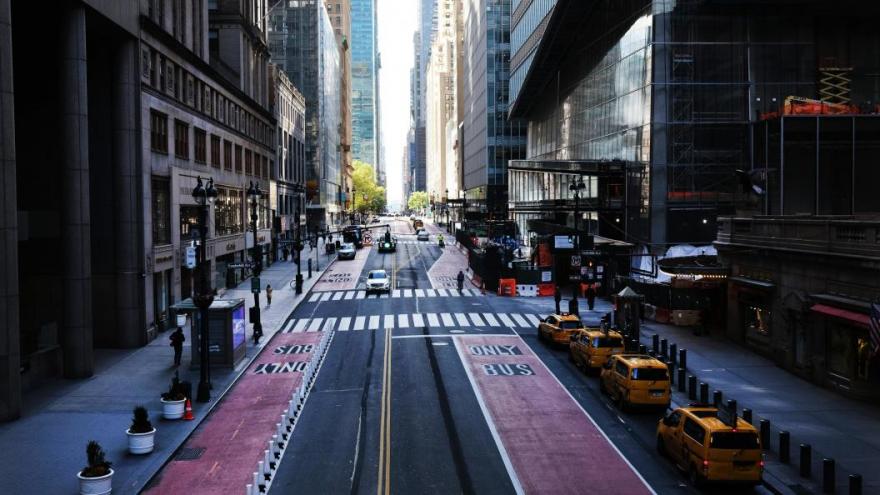 The decrease in congestion on New York City's normally bustling streets has brought some good news: No pedestrians have died in traffic-related incidents in nearly two months.

(CNN) -- The decrease in congestion on New York City's normally bustling streets has brought some good news: No pedestrians have died in traffic-related incidents in nearly two months.

As of Tuesday, the city went 58 days without such a death, said transportation Commissioner Polly Trottenberg. The commissioner attributed this to 51 days of life under a stay-at-home order issued as the coronavirus spread.

The streak is the longest since the city started recording in 1983 the various modes of fatalities, said DOT spokesman Scott Gastel.

But there has been a down side to the reduction in traffic.

"Some drivers are taking advantage of much emptier streets to speed recklessly," Trottenberg told City Council members, according to the transcript provided by the DOT.

Cameras have issued "almost double" the number of speeding violations compared to pre-coronvairus levels, said the commissioner. The DOT is continuing its pace of installing 60 speed cameras per month, she said.

NYPD spokeswoman Det. Sophia Mason told CNN that between April 13 and May 10, collisions with injuries on local streets have decreased 69% from the same time period last year -- from 3,236 to 1,015.

"The NYPD will continue its stepped-up enforcement of speed violations -- both on the highways and the local streets -- to protect our essential and emergency workers as they serve our city," said Mason.

Amid calls to free up more roadways to cyclists and pedestrians, the city plans to open 40 miles of streets by the end of May, said Trottenberg.

At a press conference Wednesday, Mayor Bill de Blasio announced that the city will add 12 more miles of open streets for pedestrians on Thursday. So far, the city has added nine miles, he said.