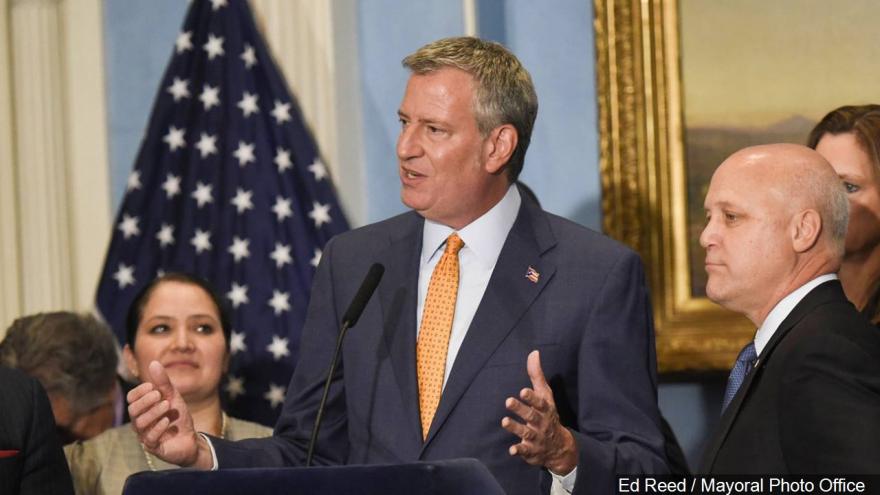 The Democrat held a chaotic press event Monday in the lobby of Trump Tower in which he promoted a city law that targets polluting skyscrapers and talked briefly about his political plans.

As he spoke, Trump supporters demonstrated behind him on the building's escalators, booing, whistling, chanting and holding up signs reading "Worst mayor ever."

Loud music played for part of the event, partly drowning him out.

De Blasio had to shout to be heard. He joked that it was "so nice of them to serenade us."

He says he's still talking with his family about whether to run but will make a final decision and announce it this week.