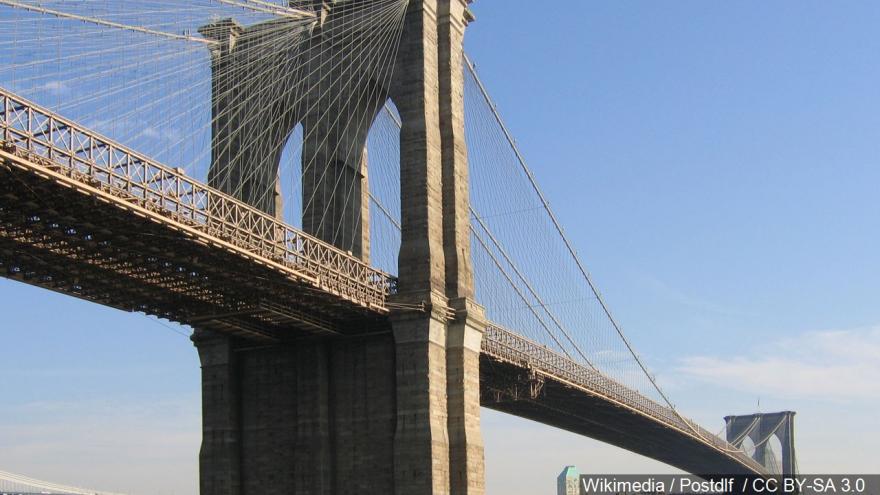 NEW YORK (AP) — A Bronx dad fled to Thailand after carrying his dead 7-month-old baby around New York City in a backpack and tossing his body into a river near the Brooklyn Bridge and other tourist spots, police said Wednesday.

Thai authorities stopped James Currie, 37, when he landed in Bangkok and blocked him from entering the country, NYPD Chief of Detectives Dermot Shea said. He will be returned to New York within days to face a felony charge of concealment of a human corpse, Shea said.

A tourist from Oklahoma spotted the diaper-clad body Sunday. Her husband pulled the lifeless baby from the East River to shore and tried reviving him.

"This is a heartbreaking case," Shea said.

The baby's mother, who lives separately from the father in the Bronx, had seen news reports about the baby. The next day, she found out Currie failed to drop off their child, Mason Saldana, at day care.

Shea said the woman, 36, made a "blood curdling" call to 911 after trying to reach Currie. During the call, she told the dispatcher she had seen a report about the baby found in the river and feared the worst, he added.

Shea said the baby was alive when Currie took him to his Bronx apartment around 12:30 p.m. Saturday, under a custody arrangement. The baby died before Currie left and headed for Manhattan around 1:30 p.m. Sunday, he added.

Video showed Currie walking toward the river and carrying the baby in a backpack he fashioned as a baby carrier. A backpack was seen floating in the river near the boy's body.

Additional charges could be filed pending an autopsy. A determination on the baby's cause of death isn't expected this week.

Diana Campbell, of Stillwater, Oklahoma, first noticed the baby around 4 p.m. Sunday. Her husband, Monte Campbell, waded into shallow water near the South Street Seaport on the Manhattan shoreline, retrieved the baby and started CPR.

"She just called me over and said there was a baby in the water," Monte Campbell said. "I called 911. At that point, I thought it was a doll."

He said the baby wasn't breathing and showed no pulse.

Police officers arrived minutes later and took the baby onto the pedestrian walkway, where they continued CPR before the baby was taken to a hospital and pronounced dead.

Currie boarded the flight to Bangkok around 2:20 p.m. Monday. The baby's mother called 911 around 9 p.m. Monday.

"I think it's self-evident as to why the individual was trying to get away as fast as possible," Shea said.

Currie and the baby's mother were not married, and police aren't aware of any other children between them, Shea said.

Shea said a preliminary investigation showed that the city's children's services administration had no prior reports about the child or the couple.

"We don't have any red flags that existed before this," Shea said.

The East River running between Manhattan and Brooklyn is a heavily trafficked tidal estuary subject to strong currents. Both park-lined shorelines are usually teeming with tourists this time of year.