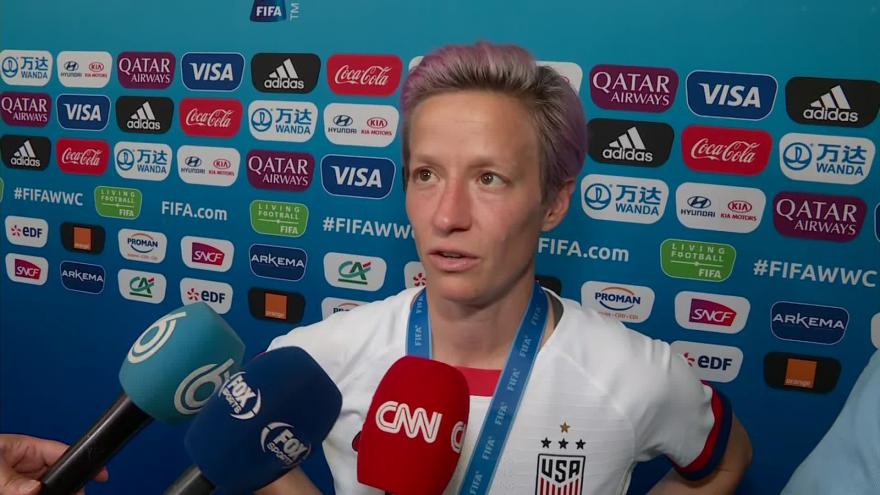 Eight posters featuring Rapinoe in her US Women's National Team jersey included homophobic and defamatory slurs along with the phrase "screw this h--," the NYPD told CNN.

The incident was reported Monday morning at about 7:15 a.m. at the West 42nd Street subway station.

"Hate has no place in the transit system and we work hard to make the subway a welcoming, safe environment for everyone," MTA deputy communications director Shams Tarek said in a statement.

The posters were cleaned off "and we will have them replaced with new ones if necessary," Tarek added.

Rapinoe and her teammates were feted with ticker tape parade Wednesday in New York City to celebrate the US Women's National Team fourth World Cup title.

During a rally after the parade, Rapinoe, who won the tournament's Golden Boot and Golden Ball, given to the top scorer and to the contest's MVP, walked out last, holding the World Cup high to rowdy applause.

She has transcended her role as a star athlete to advocate for gender equality and equal pay, among other social justice causes. She has also used her platform to take on President Trump, whom she has frequently criticized in past weeks.