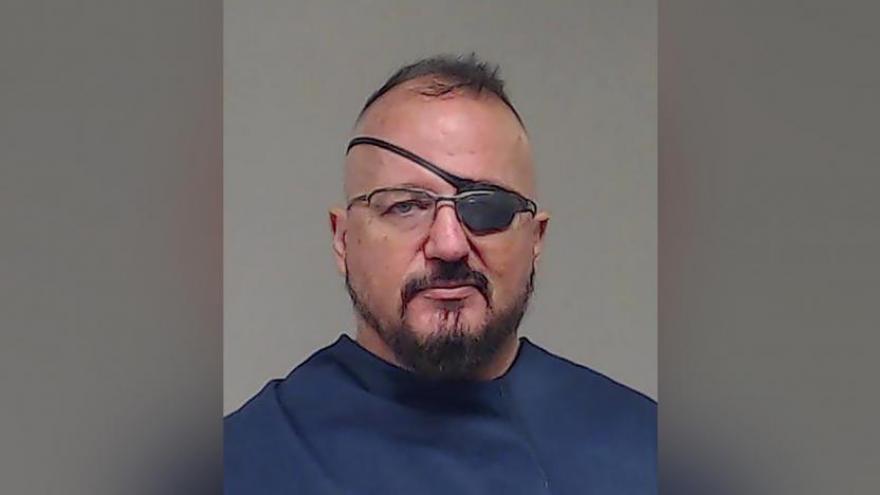 For the first time in the Capitol attack prosecutions of the seditious conspiracy charge, the founder of the Oath Keepers and another individual facing the charge will make their first appearance in court on January 14.

(CNN) -- As the Justice Department's January 6 investigation takes a new turn with the use -- for the first time in the Capitol attack prosecutions -- of the seditious conspiracy charge, the founder of the Oath Keepers and another individual facing the charge are making their first appearances in court Friday.

The Justice Department on Thursday unveiled its case against Stewart Rhodes and Edward Vallejo, who were arrested Thursday in Texas and Arizona, respectively.

The court filings made public Thursday also added the charge to the case that nine other defendants were already facing for their alleged involvement in the riot that disrupted Congress' certification of President Joe Biden's election win on January 6, 2021.

At some point, those defendants will have an arraignment for them to enter their plea to the new seditious conspiracy charge, but those proceedings have not been scheduled yet,

At a hearing Friday afternoon before Magistrate Judge Deborah Fine in Phoenix that lasted less than 10 minutes, Vallejo -- who appeared virtually from the Central Arizona Florence Correctional Complex -- was ordered detained until another hearing scheduled for January 20, where his detention pretrial will be further discussed. Coincidentally, that will mark one year after Biden's inauguration.

Vallejo's public defender, Debbie Jang, told the court he intended to plead not guilty to all charges against him, although a formal plea was not requested at Friday's hearing. Vallejo was wheeled up to his videoconference camera strapped into a chair, wearing an orange jumpsuit and black face mask. He told Fine he plans to hire his own attorney as soon as possible but that he has not been able to get in touch with his preferred lawyer yet.

RELATED: Takeaways from the landmark sedition indictment against the Oath Keepers and why DOJ acted no

It's possible at the hearing the Justice Department argues forcefully for the men to be held in jail, as they had done with several others in the case already, and prosecutors could even show evidence to the court to convince the judges they could be dangerous

Those discussions may continue when their cases -- as is expected -- move to DC's federal court, where the other January 6 prosecutions are proceeding.

Prosecutors' decision to bring the charge seditious conspiracy carries symbolic and political weight; the relevant statute dates back to the Civil War-era. But it is also a risk for prosecutors, as use of the charge in the past -- most recently in a 2010 case concerning a militia plot in Michigan -- has faltered under scrutiny from judges.

Attorney General Merrick Garland had been reluctant to bring the charge, CNN previously reported, but prosecutors in the latest indictment were able to show granular details of alleged planning and logistics coordination among the defendants in the lead up to the Capitol attack. Of particular note are the accusations in the new filings that Rhodes, Vallejo and other defendants continued plotting even after the riot to disrupt the peaceful transfer of power.

Before the seditious conspiracy charge was brought, a central charge in DOJ's Oath Keeper case was conspiracy to obstruct an official proceeding. US District Judge Amit Mehta recently rejected the request by several Oath Keeper defendants that he throw that charge out, and its use has been upheld by other judges presiding over separate January 6 cases.

Four of those indicted in the DOJ's Oath Keepers' prosecutions are known to be cooperating with the government.

This story has been updated with developments Friday.