Obama and Clinton will join Bush at Biden's inauguration 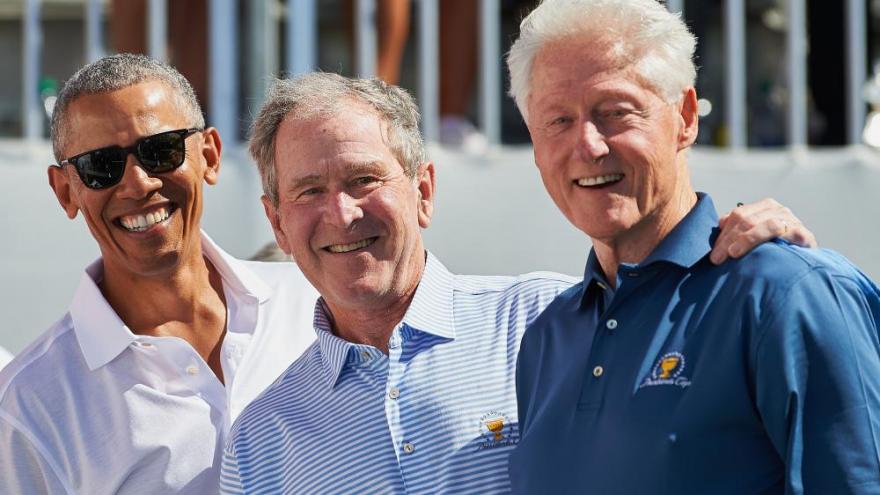 The decisions, reported midday Friday, came around the same time that President Donald Trump announced he will not attend the ceremony on January 20. A source with knowledge says first lady Melania Trump is also not expected to attend, joining her husband as they leave Washington the day before for their Mar-a-Lago estate in Florida, though the source cautioned that plans could change.

An aide to former Secretary of State Hillary Clinton said she will attend, as will former first ladies Michelle Obama and Laura Bush.

Former President Jimmy Carter -- who, at 96, is America's oldest living president -- will not be there as he is unable to travel, and neither will former first lady Rosalynn Carter.

Vice President Mike Pence is planning to attend the inauguration but is waiting on an invitation, a source close to him confirmed to CNN on Thursday.

It's customary, though not required, for an outgoing president to attend their successor's inauguration. Obama attended Trump's inauguration in 2017, as did Hillary Clinton, whom Trump defeated in 2016.