Obama gives advice to mayors on the coronavirus outbreak 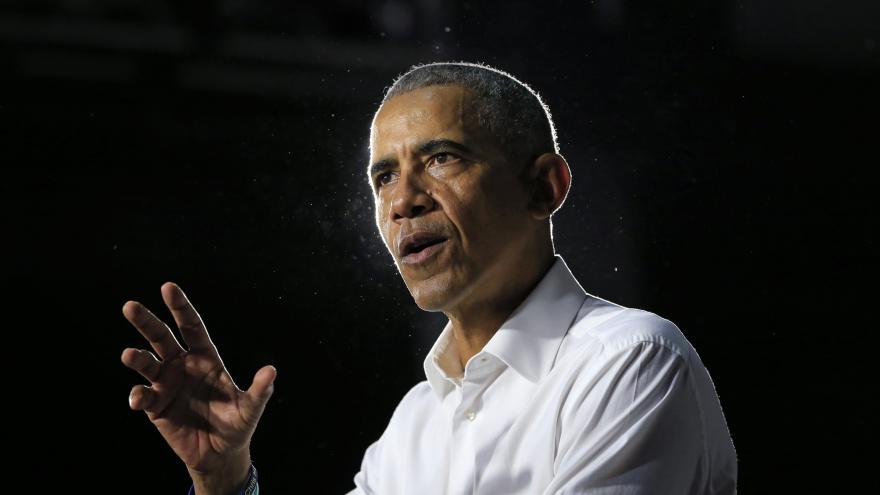 (CNN) -- Former President Barack Obama on Thursday gave some advice to a group of mayors on how to deal with the coronavirus outbreak, saying that "the biggest mistake any (of) us can make in these situations is to misinform."

Obama was speaking during a virtual meeting organized by Bloomberg Philanthropies.

"Speak the truth. Speak it clearly. Speak it with compassion. Speak it with empathy for what folks are going through," Obama said, according to a press release on the virtual meeting.

Obama also pushed the mayors to bring in as many smart advisers and experts as possible.

"The more smart people you have around you, and the less embarrassed you are to ask questions, the better your response is going to be," Obama said.

This is the fourth virtual meeting Bloomberg's group has held with mayors. Two of the previous meetings have featured speeches by former Presidents George W. Bush and Bill Clinton.

Obama has repeatedly weighed in on the response to the virus, largely offering a more cautious message than that of President Donald Trump and advocating for protecting public health over re-starting economic activity.

On Wednesday, Obama tweeted that it would not be feasible to relax current measures to combat the spread of coronavirus without a "robust system of testing and monitoring — something we have yet to put in place nationwide."

Those comments, much as the ones made to mayors on Thursday, presented a notable contrast in tone compared to the views of Trump.

The President on Wednesday morning tweeted that the country's economy must reopen "sooner rather than later" and that the pandemic "must be quickly forgotten" for those who haven't lost a loved one. But coronavirus testing is still not widely available, limiting the ability to relax current social distancing guidelines to prevent a resurgence of the virus.

Late last month, Obama urged Americans to continue social distancing in an effort to stem the spread of coronavirus -- another noticeable difference in tone from Trump, who had suggested opening up the nation in two weeks to boost the economy. Trump has since backed off those comments and kept social distancing guidelines in place through the end of the month.

Obama has also thanked public health workers, applauding them for "giving everything" and urging fellow Americans to "model our own behavior on their selflessness and sacrifice as we help each other through this."