Obamacare enrollment continues despite judge striking down the law 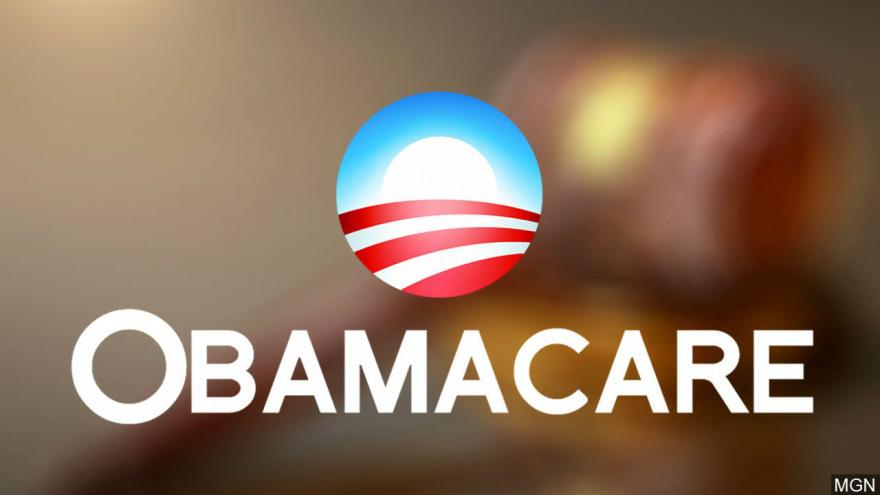 (CNN) -- Yes, you can still sign up for Obamacare on Saturday.

Nothing has changed even though a federal judge in Texas ruled Friday that the Affordable Care Act's individual coverage mandate is unconstitutional and invalidated the entire law.

"The law is still in effect," said Tim Jost, emeritus professor, Washington and Lee University School of Law. But, he added of the ruling, "everyone will be confused about what itmeans."

The judge's ruling is only the latest challenge facing Obamacare this enrollment season, which ends Saturday.

Though Americans have been rushing to sign up before the deadline, the last-minute uptick may not be enough to overcome a noticeable drop in interest. The decline comes as the Trump administration has curtailed advertising and promoted alternative coverage options.

Open enrollment ends at 11:59 p.m. on Saturday in most of the country, including the 39 states that use the federal exchange, healthcare.gov. A few states that run their own exchanges, such as New York, California and Minnesota, have deadlines as late as January 31.

Some 4.1 million people have already selected plans for 2019. However, the average number of people signing up per day is down more than 9% from the same period a year ago as of December 8, according to the most recent federal figures.

The decline is particularly steep among those signing up for coverage for the first time. Their numbers are down nearly 18%, while returning customers have dropped less than 6%.

Sign-ups will likely come in 800,000 lower than last year, according to an estimate by Get America Covered, an enrollment advocacy group founded by former Obama administration officials.

Interest picked up this week, which typically happens at the end of open enrollment. Traffic to healthcare.gov on Monday was the highest so far this period, according to the Centers for Medicare & Medicaid Services, which runs the federal exchange.

In Florida, residents are "bombarding" the few remaining navigators, who assist with enrollment, said Jodi Ray, director of Florida Covering Kids & Families at the University of South Florida, the only organization to receive a federal navigator grant in the Sunshine State this year.

The navigators are almost fully booked through Saturday. That's in part because they have far fewer resources this year. Ray has seen her budget cut from $5.8 million in 2016 to $1.25 million this year. There are only 59 navigators working in half of Florida's counties, instead of the typical staffing of 150-plus people who cover the entire state. Residents in the remaining counties can only get assistance by phone or online.

"We're trying very hard not to turn people away," said Ray, adding many consumers need some guidance in picking a plan. "When they can sit and look at different plans and ask questions, it increases their confidence level in making an actual choice."

The dearth of assistance is among the reasons why experts think sign-ups are lagging, despite the fact that many consumers are seeing lower premiums and more choices of insurers for next year.

Another factor: The Trump administration has made it easier to buy cheaper alternatives, particularly short-term plans. Also, Americans will no longer be hit with a penalty for not having insurance. Plus, the economy is doing better so more folks may have coverage at their jobs.

However, the biggest problem may be a lack of awareness of the deadline, said Andy Slavitt, former acting administrator of the Centers for Medicare and Medicaid Services in the Obama administration. The Trump administration cut the enrollment period in half and slashed the advertising budget by 90%. But state-based exchanges have kept up their marketing campaigns and outreach, and their enrollment is up in most places, he said.

Former President Barack Obama and celebrities, including Stephen Colbert, have taken on the marketing mantle, posting about open enrollment on social media.

In Florida, which uses the federal exchange, many people will likely miss the deadline, Ray said. The federal government used to air television commercials during open enrollment before President Donald Trump took office. And Ray had enough funding for television and radio spots, too. Those are all gone now, she said. Sign-ups are down about 22,500, or 2.2%.

Only a quarter of those who buy their own insurance or are uninsured know when open enrollment ends, according to a recent Kaiser Family Foundation poll.

Health & Human Services Secretary Alex Azar told Axios on Wednesday that "we don't know" why open enrollment is lagging this year but said it's important to wait until after those who are automatically re-enrolled next week are counted.

"It's going to be very important to close the books on open enrollment and see where that stands," Azar said at the Axios event.

Current Obamacare enrollees who don't pick a plan for next year will automatically be placed in the same policy on December 16. This means that they will not be able to switch because open enrollment will be over. Last year, 2.9 million people were automatically re-enrolled.

More people may be tempted to roll over into the same plan because their insurer may have said their plan's premium won't go up much next year. But this could prove costly, especially if they are among the 85% of enrollees who receive federal premium subsidies, said Cynthia Cox, director, health reform and private insurance at the Kaiser Family Foundation.

These subsidies are based on income and on the cost of the benchmark silver plan in their area. Both of those can change year-to-year so some enrollees may wind up paying more than they expect if they don't actively re-enroll through healthcare.gov.