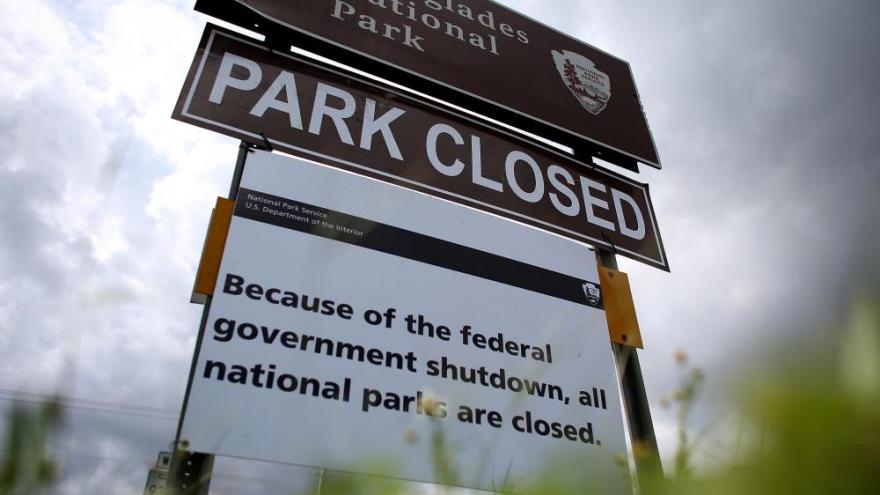 A sign near the entrance to the Everglades National Park is seen indicating it is closed on October 7, 2013 in Miami, Florida.

(CNN) -- The government is due to run out of funding on September 30 without congressional action, so it's about that time again. When the US government is within seven days of a potential shutdown, no matter the circumstances or state of play in funding negotiations, the Office of Management and Budget begins its standard shutdown planning protocol, reminding government agencies of the steps they should prepare to take.

Thursday marks seven days before the government is set to run out of money, and by standard procedure, that reminder is going out.

The House has passed a bill to fund the government until December, but tied that legislation to a provision to address the debt ceiling. That bill does not have the 60 votes to pass the Senate, where Republicans have remained steadfast in their opposition to raising the debt limit.

"We fully expect Congress to work in a bipartisan fashion to keep our government open, get disaster relief to the Americans who need it, and avoid a catastrophic default, especially as we continue to confront the pandemic and power an economic recovery. In the meantime, prudent management requires that the government plan for the possibility of a lapse in funding," OMB spokesman Abdullah Hasan said in a statement to CNN.

"Consistent with longstanding practice across multiple administrations, OMB is preparing for any contingency, and determinations about specific programs are being actively reviewed by agencies," Hasan added. "More importantly, there is enough time for Congress to prevent a lapse in appropriations, and we are confident they will do so."

On Capitol Hill, there are quiet discussions among Democrats about an alternative bill to at least keep the government funded before the September 30 deadline without a debt limit provision. What that would entail -- or if Democrats take that path -- is not yet clear. But it underscores a quiet view on both sides of Pennsylvania Ave.: a government shutdown is simply not an option at this highest stakes of moments for Biden's domestic legislative agenda.

Nevertheless, there is a plan in place for every government department and agency, all of which are laid out in significant detail on the OMB's website.

Those plans include information on how many employees would get furloughed, what employees are essential and would work without pay (for example, air traffic controllers, Secret Service agents, US Centers for Disease Control and Prevention laboratory staff), how long it would take to wind down operations in the hours before a shutdown, and what activities would come to a halt.

It's not the first time the government has been on the brink of a shutdown, and it has happened on multiple occasions. Most recently, the government shut down for 35 days, a record shutdown length, from December 2018 to January 2019 amid a Congressional stalemate over funding for then-President Donald Trump's border wall. The government also shut down for three days over deadlock during the Trump administration in January 2018. And in 2013, then-President Barack Obama presided over a 16-day partial government shutdown caused by a dispute over the Affordable Care Act and other budget disagreements.