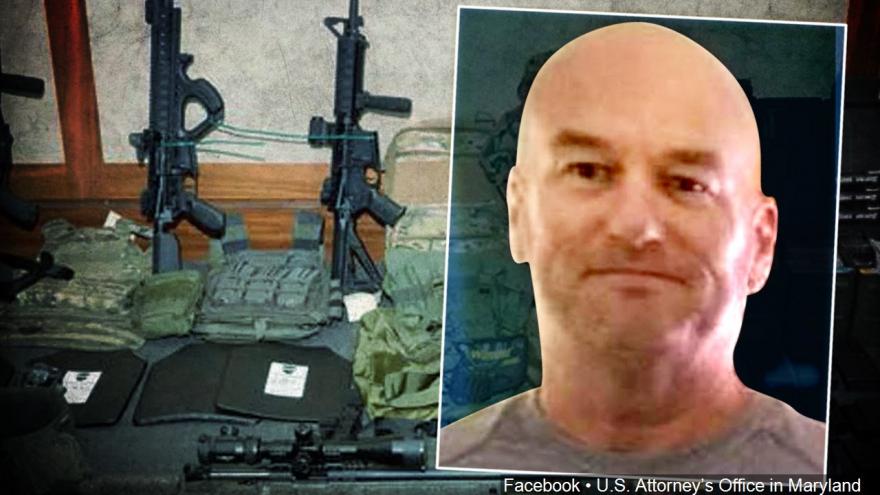 GREENBELT, Md. (AP) — A Coast Guard officer accused of stockpiling guns and compiling a hit list of prominent Democrats and network TV journalists pleaded not guilty on Monday to drug and firearms charges.

Public defender Liz Oyer didn't ask for Hasson to be freed on bond and declined to comment after the hearing.

Federal prosecutors have said Hasson is a self-described white nationalist and "domestic terrorist" who "intends to murder innocent civilians on a scale rarely seen in this country."

Hasson has been detained since his Feb. 15 arrest. He faces a maximum of 31 years in prison if convicted of all charges in his four-count indictment last month.

Hasson answered several routine questions from a magistrate judge during Monday's brief hearing at the federal courthouse in Greenbelt.

In a court filing, prosecutors said Hasson has espoused extremist views for years and drafted an email in which he said he was "dreaming of a way to kill almost every last person on the earth."

However, Hasson hasn't been charged with any terrorism-related offenses. A different public defender has accused prosecutors of making inflammatory accusations against Hasson without providing evidence to back them up.

During a hearing last month, a different magistrate agreed to keep Hasson behind bars but said he was willing to revisit his decision if prosecutors didn't bring more serious charges within two weeks.

Hasson, a former Marine, worked at Coast Guard headquarters in Washington on a program to acquire advanced new cutters for the agency.